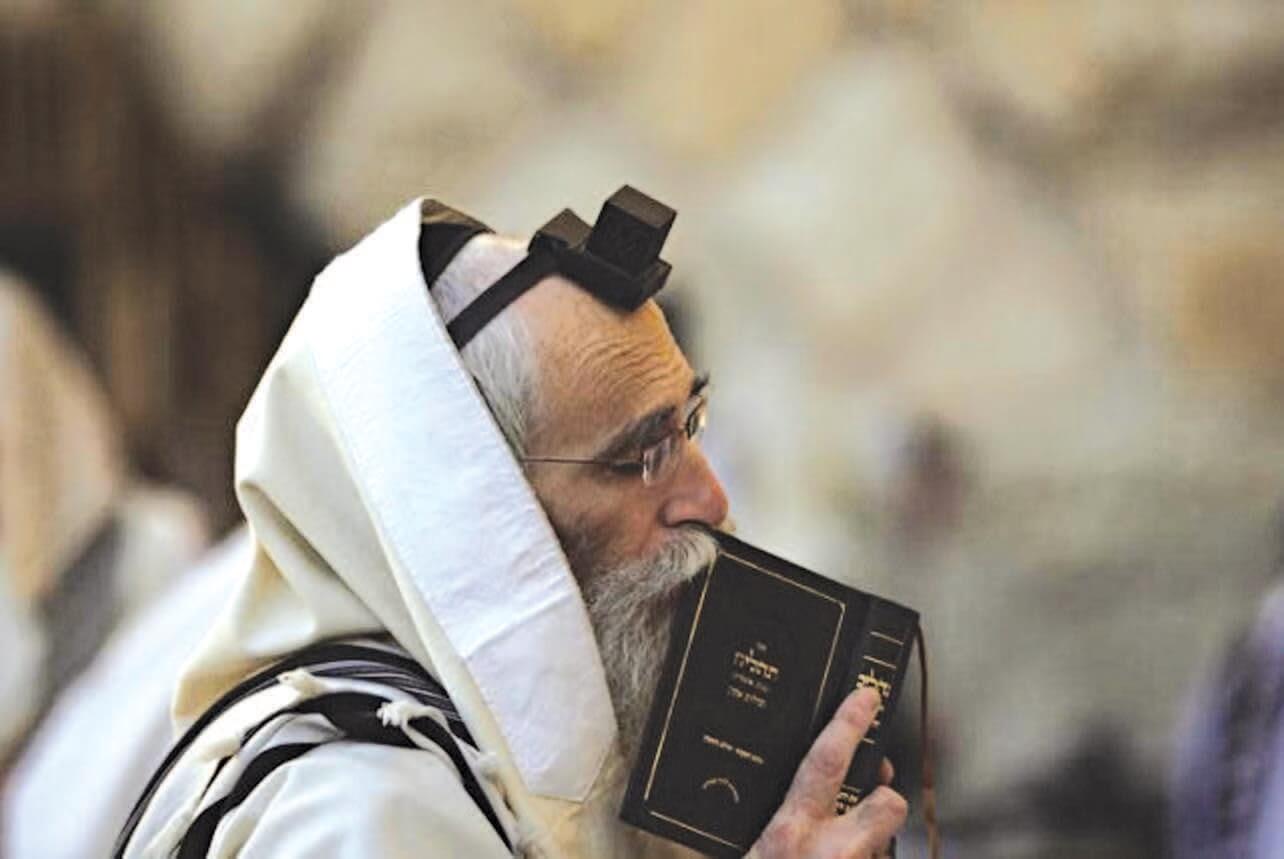 Rabbi Yisroel Besser once wrote about his experience standing on the other side of the mechitza. He was attending his daughter’s graduation, and the primary event was for mothers only. While standing on tippy toes, he was able to get glances of the happenings. Depending on what their minhag is and the shul they choose to daven at, other men may experience this every chol hamoed. This is the Great Tefillin Divide. Some people put on tefillin on chol hamoed, while others do not. While in some places it is considered halachically acceptable to have men with tefillin praying together with men without tefillin, others frown upon this practice. One shul puts up a special mechitza running down the middle of shul, so the space for the tefillin wearers and non-wearers is separate but equal. However, in some shuls, men who are not following the shul’s custom must daven behind the regular mechitza on chol hamoed.

According to some, the Great Tefillin Divide is predicated on a separate machlokes. Is chol hamoed viewed as a yom tov min haTorah or not? The question can be further refined as: is the obligation to refrain some labors on chol hamoed biblical or rabbinic?

The argument takes center stage on Daf 18a in Chagigah. The Gemara cites a dispute between Reish Lakish and Rebbe Yochanon regarding how to expound a pasuk in the Torah. The Gemara comments that they must both be of the opinion that it is forbidden to engage in certain labors on chol hamoed. The Gemara then cites some pesukim as support for this law. The simple reading of this Gemara is that the prohibition against melacha on chol hamoed is biblical. Indeed, the Tur states that the opinion of the Rif is that melacha on chol hamoed is biblically forbidden. The Beis Yosef notes that he failed to find any passage in the Rif that supports the Tur’s assertion. The Nehar Shalom responded that the Tur deduced that the Rif must hold that labor is biblically forbidden on chol hamoed from the fact that he cites the Gemara in Chagigah without comment. If the Rif was of the opinion that the verses expounded in Chagigah were not bona fide drashos, he should have said so explicitly. While the Gemara is often cryptic, a Rishon is usually less so.

However, Rabbeinu Tam quoted in Tosfos in Chagiga disagrees and understands that all the drashos in the Gemara in Chagiga are not meant to be bona fide expositions, rather they are hints or asmachtos in the Torah to chol hamoed. Rabbeinu Tam finds it difficult to understand that if labor is forbidden on chol hamoed biblically, why is there a permit to do labor in a case of loss? While the Rabbanan occasionally waived their prohibitions in the case of loss, we don’t find a precedent for that regarding Torah prohibitions. He further cites a passage in Talmud Yerushalmi (MK 2:3) to bolster his opinion. The Talmud there states, “Why did they forbid labor on chol hamoed only in order that they should eat and drink” and engage in spiritual pursuits, “instead, they eat and drink and debase themselves.” This passage is critical of those that don’t take advantage of chol hamoed to grow spiritually. The words “Why did they forbid” clearly imply that the source of the prohibition of labor on chol hamoed is rabbinic.

Practically, what difference does it make if labor is forbidden biblically or rabbinically? The Dirshu edition of the Mishna Berura cites a number of examples.

The Shevet HaLevi suggests another ramification in the same scenario. If someone intentionally violates chol hamoed, he would not be permitted to benefit from the fruits of his forbidden labor. If the prohibition was only rabbinic, perhaps we would allow the individual to benefit post facto.

The question whether or not labor is forbidden biblically or rabbinically on chol hamoed is unresolved. The Biur Halacha concludes that one should not be quick to rely on the opinion that the prohibition is only rabbinic unless in a case of great need.

Mazal tov to all those finishing Seder Moed!