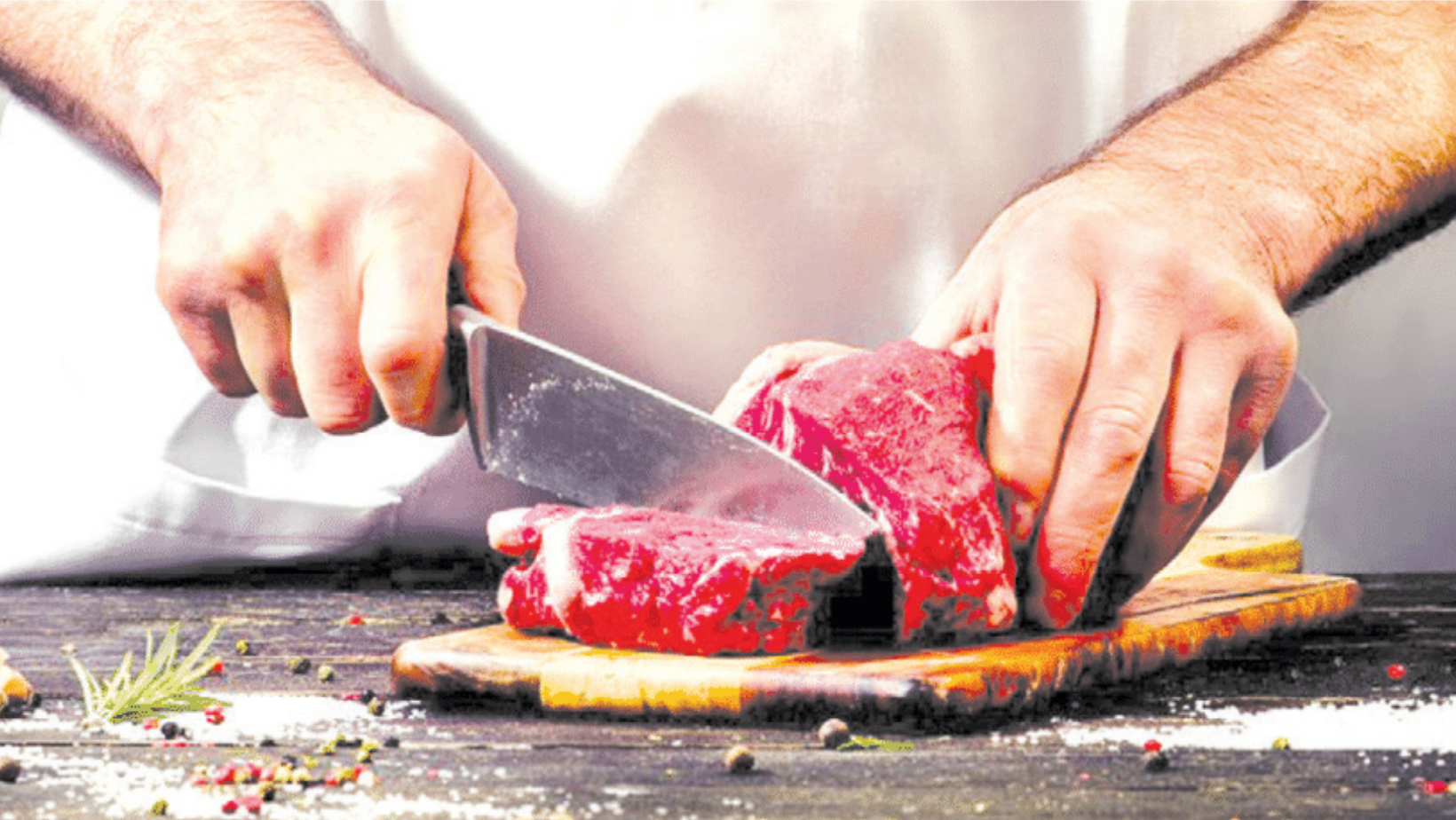 Unfortunately, there was recently a restaurant that was found to be serving treif under the guise of kosher. Rav Moshe, zt”l, ruled that if an individual had a halachic basis to believe a restaurant was kosher and it turned out it wasn’t, then it is considered an aveira b’oines. There were two butcher shops servicing an Orthodox Jewish neighborhood. The proprietor of one was a clean-shaven individual. The other butcher shop was run by a Yid with long peyos and a beard. Unfortunately, it turned out that this latter store was selling treif meat. The question was posed to Rav Moshe, zt”l: do the consumers who ate the treif meat need to do teshuva for an accidental aveirah? Perhaps it should be viewed as an oneis, an unavoidable sin beyond one’s control. Rav Moshe, zt”l, answered that it depends. For those consumers who frequented both butcher shops, the sin was unavoidable. They did exactly what Hashem wanted of them, namely to rely on the concept of aid echad neeman b’issurin. In matters of kashrus, we are allowed to rely on the assurances of a lone Jew that the food is kosher. However, those who only purchased by the second store because the proprietor appeared to be “frummer” are not considered oneis. In fact, their sin is considered a little intentional. Yet, Rav Moshe, zt”l, seemed to answer differently when questioned about a ruling of the Chofetz Chaim. The halacha is that if one person relates derogatory information about a third party, the listener may not believe it. He possibly should not have listened to the lashon hara to begin with, but he is certainly not allowed to believe it under all circumstances.

He may be permitted to believe that there is a possibility the information may be true (depends on the circumstances), but he may definitely not accept it as fact. Yet, there is one exception to this rule mentioned by the Chofetz Chaim. This is in a situation where the person who related the negative information is considered so trustworthy by the listener that he believes whatever the speaker says as if two witnesses said it. In that scenario, the listener may accept the information as fact. If the negative information was so awful that it renders the target of the negative speech a rasha, the listener may even hate that individual. However, this is only in the rare circumstance that the speaker is believed by the listener as if he was two witnesses. (In fact, such an exemplary individual may no longer exist.) What happens if the negative information related by the hitherto trustworthy individual turns out to be false? Is the sin of believing the lashon hara and the sin of baseless hatred considered an oines, beyond his control, or shogeg, accidental? Rav Moshe, zt”l, answered it is considered oines. Rav Reuvein Feinstein, shlit”a, questioned his father about the two rulings that appear contradictory. At the butcher shop, where the buyer wrongly assumes the proprietor is a pious individual, we consider the sin of eating non-kosher accidental and a little intentional. Yet, by the lashon hara situation, when the listener wrongly assumed that the speaker was absolutely trustworthy, we consider the sin of believing the lashon hara an oines. What’s the difference? In both situations, there were mistaken assumptions made about the individual. In both situations the person relied on an individual based on assumptions not firmly grounded in halacha.

Rav Moshe, zt”l, explained that the ruling of the butcher shop is understood correctly, but the lashon hara case is misunderstood. The Gemara in Kesubos (85a) relates that Rava was judging a monetary case and was about to order the defendant to swear to free herself of the claim against her. However, Rava’s wife informed him that she was familiar with the defendant. The defendant had no qualms about lying and swearing falsely. Rava then decided that he would not let the defendant swear and exempt herself from paying since she may swear falsely. Instead, he ordered that the plaintiff swear and subsequently collect the debt. The information of his wife affected the outcome of the case. Rav Papa, a saintly Amora, who was later to become a Rosh HaYeshiva, was once likewise observing his Rebbe, Rava, judging a case. Rav Papa informed Rava that he knows for a fact that the loan about which the case resolved was already repaid. Rava then asked Rav Papa if there was anyone else who could corroborate his information. When Rav Papa demurred, Rava dismissed Rav Papa’s information as being unacceptable in a Jewish court. After all, in monetary matters we usually require two witnesses. Rav Papa’s information was just supplied by him alone. Rav Ada Bar Masna asked Rava incredulously, “You accepted information that was supplied solely by your wife, and you won’t accept information affirmed by the great sage Rav Papa?” Rava explained that he was familiar with his wife but not with Rav Papa. The simple understanding of this Gemara is that Rava was not really sure if Rav Papa was righteous. He was sure, though, that his wife was a tzadekes and would therefore not lie. Rav Moshe, zt”l, said that this simple understanding of the Gemara is certainly incorrect. Rava surely knew that Rav Papa was a tremendous tzaddik and would never lie.

Yet, that fact doesn’t change the halacha that two witnesses are required in monetary cases. Even if Moshe Rabbeinu himself would testify in court as a sole witness, we would not believe him in monetary matters. Moreover, every Jew has a chazaka that he is righteous and wouldn’t lie (chezkas kashrus). What would be the reasoning to believe Rav Papa more than any Jew? Should we suggest that “all Jews are created equal, but some are more equal than others”? Rav Moshe, zt”l says, that it actually does not have anything to do with righteousness. Rav Papa could, in fact, have been more righteous than Rava’s wife. But Rava knew with firsthand knowledge through all those years of marriage that his wife never lied. There were times that it would have been expedient for his wife to lie about some issues, yet she never did. So Rava’s knowledge about his wife’s integrity does not have to do with righteousness per se, but the fact that she was tried and tested.

It wasn’t based on a presumed chezkas kashrus but on firsthand knowledge. Certainly, Rava could assume that Rav Papa was equally as honest as well, but Rava didn’t know that firsthand. It would just be an assumption, albeit an excellent one. Rava could not say that he knew that Rav Papa was tried and tested in honesty the way his wife was. According to Rav Moshe, zt”l, that is an alternative element to being believed. The usual one is chezkas kashrus. The alternative one is knowing firsthand that someone never lied. Rav Moshe, zt”l ,was so sure of this alternative believability logic that he had ruled leniently in certain matters employing it. In fact, he ruled about an invalid witness who may be still be believed in certain circumstances. For example, it is possible that a child who doesn’t keep kosher may in certain circumstances be believed to tell his parents that the food is kosher. This would be true if the child would never lie to his parents. This alternative form of believability is what is intended by our Gemara in Kesubos. That is what the Chofetz Chaim intended as well. If someone is so close with someone and is certain that he never lied to him throughout their long relationship, he may believe beneficial lashon hara from that individual. It’s not because he assumes the speaker is righteous but because he knows that he never lies and would not lie to him. If it turns out that the individual did lie, the listener is an oines. The halacha is that one is allowed to believe such an individual. If it turns out he lied, one cannot be faulted for following the dictates of halacha. Back to the butcher shops!

According to halacha both proprietors have a chezkas kashrus. One who relied on that halacha cannot be faulted for doing exactly what the Torah wanted of him. However, if one consumer only frequented the “frummer” looking butcher because he looked frummer, he was not relying on chezkas kashrus. He was relying on chezkas peyos! If he knew the butcher personally and had a long relationship with the butcher and knew that the butcher was tried and tested and never deviated from the truth, then it would indeed be an oines. But, someone who just purchased there based on appearances? Rav Moshe, zt”l, wonders how can he be considered oneis when he relied on his own logic which turned out to be faulty. The following is a loose translation of this last point in the Igros Moshe (OC 1:53): “And what I said that if an individual attempts to be pious and doesn’t rely on the normal chezkas kashrus like the law of the Torah but rather relies on some individuals that he chose himself not because he knows and recognizes them with certainty, but rather for the sake of weak reasons that make them appear to be more trustworthy, and it turns out that they tricked him, this is considered a little like willful sin. Since he doesn’t actually know them but rather it just seems to him that they are more pious… And he didn’t rely on the law of the Torah, can he be considered oines for relying on his own logic.”