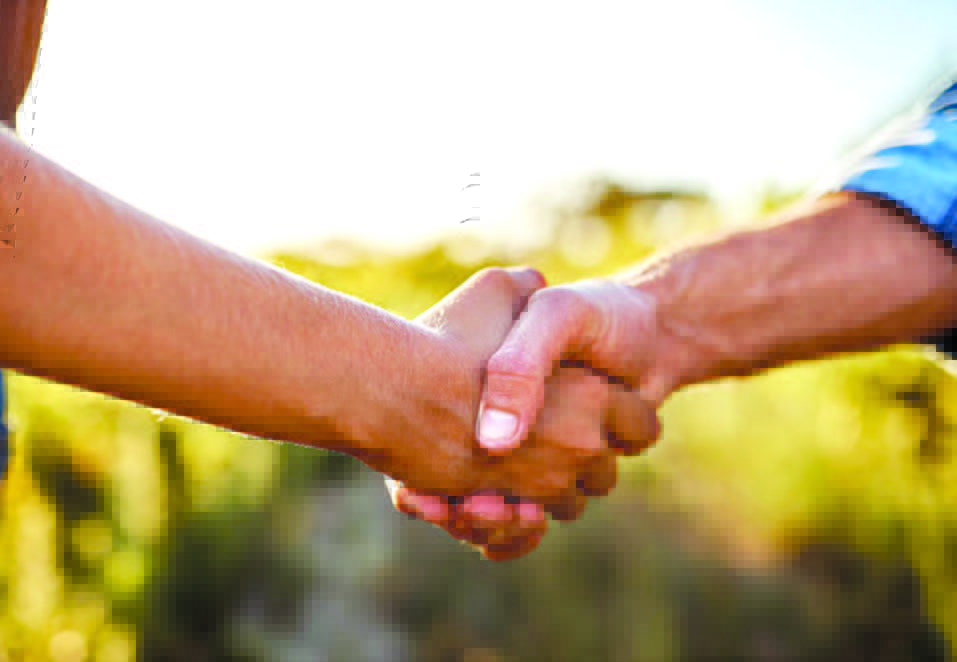 When someone does you a favor, a possible response is “Shkoyach.”

“Can you please pass the gefilte fish?”

What does shkoyach mean? Although it is obviously not a real word, the closest actual definition based on spelling might be “forget it.” So a conversation might go something like this: “I would like to pay you back the thousand dollars I owe you.” Your answer, “Shkoyach (forget it!)” Of course, the intended conversational definition is usually something close to “good job.” However, people have varied uses for the word.

An individual’s brother became a chassan; someone wished him “shkoyach.” It is unclear what the intended usage was there. Sometimes, shkoyach is used derisively – as in when someone hears an ad on the radio asking the listener to donate his used car to Heritage for the Blind, he responds shkoyach. Perhaps someone might say shkoyach when he sees an ad for a solar-powered flashlight. (Now, why didn’t I think of that!)

Many know that shkoyach is just a short way of saying “yasher koach,” which means “straight strength.” Sounds funny, right? The real term intended is “yeeshar kochachu,” which the Schottenstein edition of the Talmud translates as “your strength should be true,” a blessing intended to wish the recipient continued strength.

Who coined this phrase? Hashem did!

It is mentioned in Yevamos 62a. Reish Lakish expounds the words “[the Tablets] that you [Moshe] broke” to be a reference to Hashem’s statement to him of “yeeshar kochachu that you broke.” Hashem was informing Moshe Rabbeinu of His approval of the breaking of the Luchos by giving him this bracha. However, most people do not intend to give a bracha when they utter “shkoyach.” They just intend it as “job well done.”

The intention of the speaker and whether or not it is a bracha may have halachic consequences.

The Gemara in Shavuos (44a) quotes Rebbi Yitzchak as stating that a creditor legally acquires collateral while it is under his care. Rashi (in Pesachim) takes that to mean that the creditor has total liability for any loss of the collateral, even if due to wholly unforeseen and uncontrollable circumstances.

What was Rebbi Yitzchak’s proof? Tosefos in Kiddushin explains: The pasuk says (Devarim 24:13), “You shall surely return the security at sundown, and he will sleep with his clothing, and he will bless you.” The pasuk is stating that a borrower will bless a lender when the lender temporarily returns his pajamas so that he could sleep with them. The pajamas were used as collateral for a loan. Tosefos says Rebbi Yitzchak was wondering: how is it permitted for the borrower to bless the lender? It’s ribbis – forbidden interest!

The halacha is that a borrower may not even greet his lender if he was not accustomed to doing so prior to the loan. It is considered a violation of the laws against usury. He may certainly not offer the lender a gratuitous blessing. It must be, concludes Rebbi Yitzchak, that the lender becomes the owner of the collateral for the duration of the loan and the blessing expressed when he returns the pajamas at night is tantamount to a rental payment for its use.

Some individuals thought it would be better for the borrower to say “tizkeh l’mitzvos” to the lender rather than “thank you.” However, based on the above, Rav Shlomo Zalman Auerbach, zt”l, strongly disagreed. “Tizkeh l’mitzvos” is a blessing that the lender should merit performing more mitzvos. As we saw above, a borrower may not bless his lender (except in return for a separate favor). Rav Shlomo Zalman felt that a mere “thank you” would be permitted, because it is the appropriate polite thing to say and not something out of the ordinary.

Would a borrower be permitted to say “shkoyach” to his lender? It is supposed to be bracha, but it has really lost its meaning. If the borrower intends it as a bracha it is forbidden. What if the borrower just says shkoyach without thinking too much about it? The Nesivos Shalom rules that if one says shkoyach or tizkeh l’mitzvos without being cognizant of its real meaning, then it is a mere expression of thanks and it would indeed be permitted.

Rabbi Avrohom Sebrow is a rebbe at Yeshiva Ateres Shimon in Far Rockaway. In addition, Rabbi Sebrow leads a daf yomi chaburah at Eitz Chayim of Dogwood Park in West Hempstead, NY. He