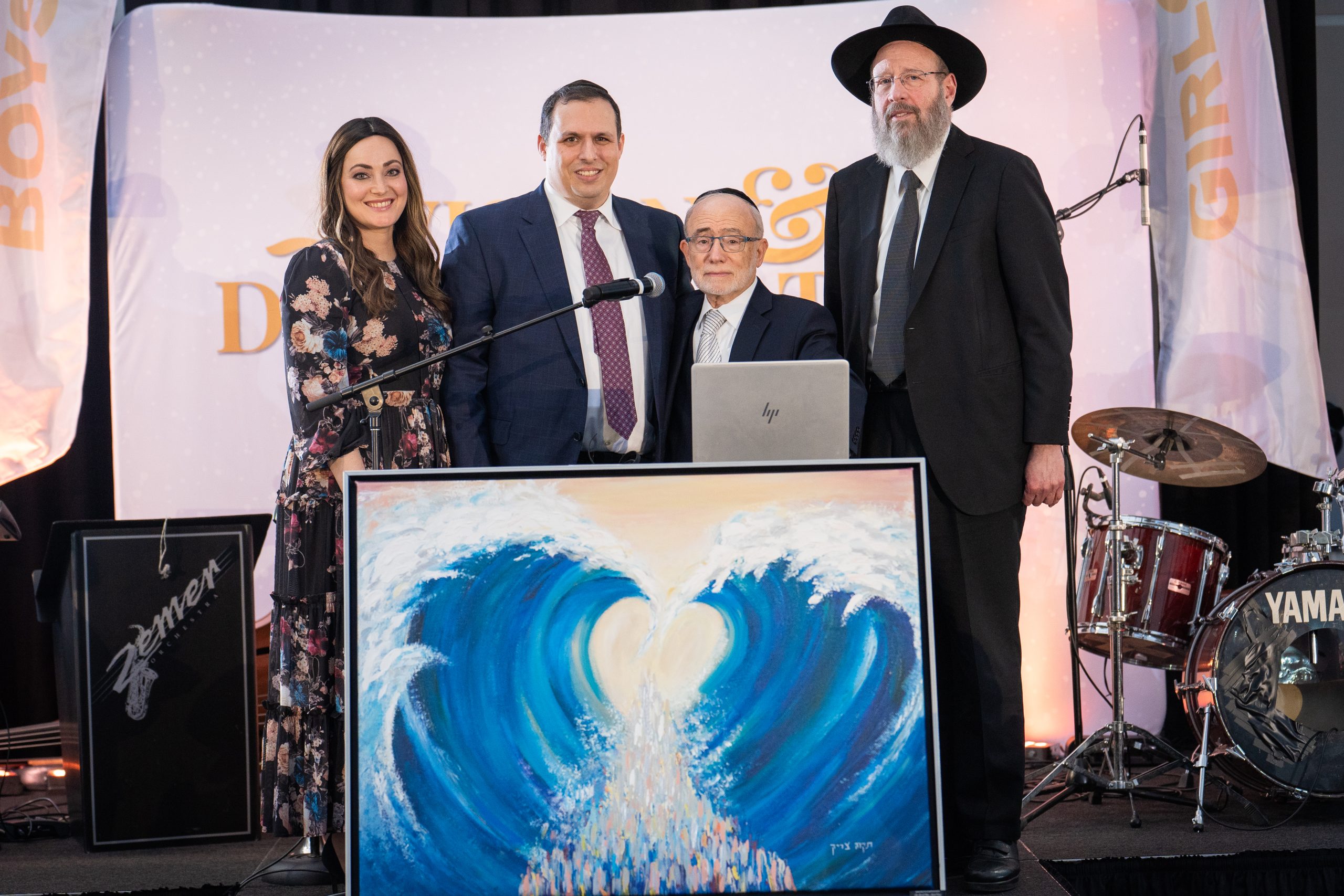 SILVER SPRING, MD (February 9, 2022) – The Yeshiva of Greater Washington-Tiferes Gedaliah (YGW) held its 58th Annual Banquet on Sunday, February 6, at the Riggs Alumni Center at College Park. The in-person event was also live-streamed. The theme of the evening was “Vision and Determination,” the forces driving the growth of YGW from a fledgling school of six students in the early 1960s to the large and vibrant Torah center for the Greater Washington community that it is today. The honorees, as described by Rabbi Ahron Lopiansky, the Rosh HaYeshiva, and Rabbi Yitzchok Merkin, Headmaster, are people who carry the mission of Torah with them wherever they go.

The gala evening, attended by more than 375 people, featured an art exhibit by the Girls Division, songs by a duet from the Boys Division, a six course wine-paired gourmet tasting menu created by Signature Caterers, an interactive YGW history trivia competition, and music by Nossi Gross and the Zemer Orchestra.

The mission of the Yeshiva is epitomized by the recipients of the Kesser Torah Award – Rabbi Eliezer and Mrs. Perel Kreiser. Rabbi Kreiser is YGW’s Mashgiach and Rav of Ezras Israel in Rockville, MD, and Mrs. Kreiser is a noted educator in the community. The Kreisers touch the hearts of their students and continue to guide and inspire them as they grow to adulthood, get married, and raise their families.

Alumnus Dr. Ari Elman and his wife Mrs. Inbal Elman of Baltimore were presented the Kesser Shem Tov Award. Dr. Elman is a fine example of a ben Torah who actualizes his learning and faith and his wife is a beloved educator. Together, the Elmans give generously of their time and energy to numerous responsible and essential volunteer roles in their community, truly living the values and mesorah of YGW.

The Community Leadership Award is given to individuals who have demonstrated an outstanding dedication to the welfare of the Jewish community, the continuity of the Jewish people, and the timeless values of the Jewish faith. YGW recognized Mr. Adam and Mrs. Janel Herman, board member and parents, who are devoted to helping others connect with their own Jewish journeys and have taken leadership positions in local, national, and international Jewish organizations.

These honorees represent the values that speak to the strength and vitality of a bright Jewish future. They embody YGW’s mission: To root each student in Torah, plant a passion for learning, and prepare them for life. We are thankful that the Yeshiva of Greater Washington has played an important role in their lives and that they are integral members of our institution. We are committed to continuing to educate young men and women who will likewise lead and inspire others in their communities with vision and determination.