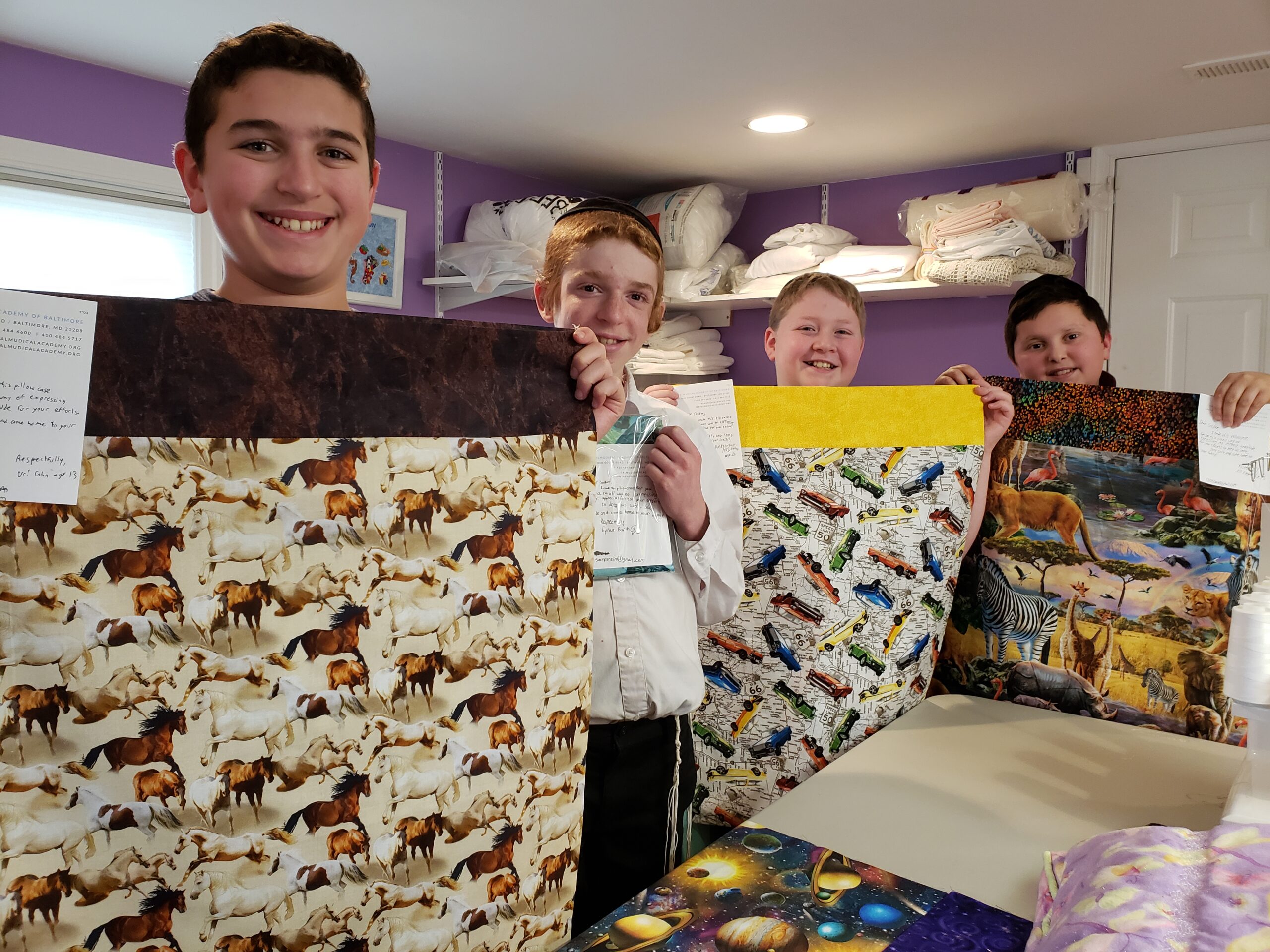 During the War in Viet Nam, many students in the Universities wore copper bracelets engraved with the name of a soldier. When my soldier returned home, my father who worked at the Philadelphia Naval Shipyard, took me to the VA Hospital. The soldier was a handsome 20-year-old who had sacrificed both arms and both legs. I was traumatized to witness his sacrifice, and decided at that moment that I would commit myself to serving those who serve us. Fast forward to Operation Desert Storm in 1991. I had organized the shuls in Northeast Philadelphia to send a caravan of three trucks stuffed with supplies for those serving in the deserts of Afghanistan. Simultaneously, my involvement with national organizations of women who used their sewing skills to support soldiers raised a concern because the care packages were always sent out to celebrate non-Jewish holidays. Then, I heard about KosherTroops.com founded in New York by Sara Fuerst and Ava Hamburger. I contacted them, but they were unfamiliar with the pillowcase project so I sent one of my vivid mural-type pillowcases, and they were thrilled.

Since I teach at The Talmudical Academy of Baltimore (TA), I was able to involve my 8th grade students in the chesed project with the support of our Menahel, Rabbi Yaakov Schwartz. On many Sundays, three boys and a parent chaperone come to my house where each student creates two brightly colored fabric works of art. The pillowcases will be shipped in Pesach care packages by KosherTroops.com to soldiers stationed all over the globe. Each pillowcase is accompanied by a personal handwritten note of gratitude from the student. Some of the 62 pillowcases may also go to hospitals for wounded soldiers. In this way, we tangibly demonstrate Hakoras HaTov to those who voluntarily sign a contract to protect us committing up to and including their lives. A central belief of our ethos is to use the skills that HaKodesh Baruchu has given us in the service of others. Dovid HaMelech said it best: “Establish Thou Also Upon Us the Work of Our Hands.” (Ps.90)