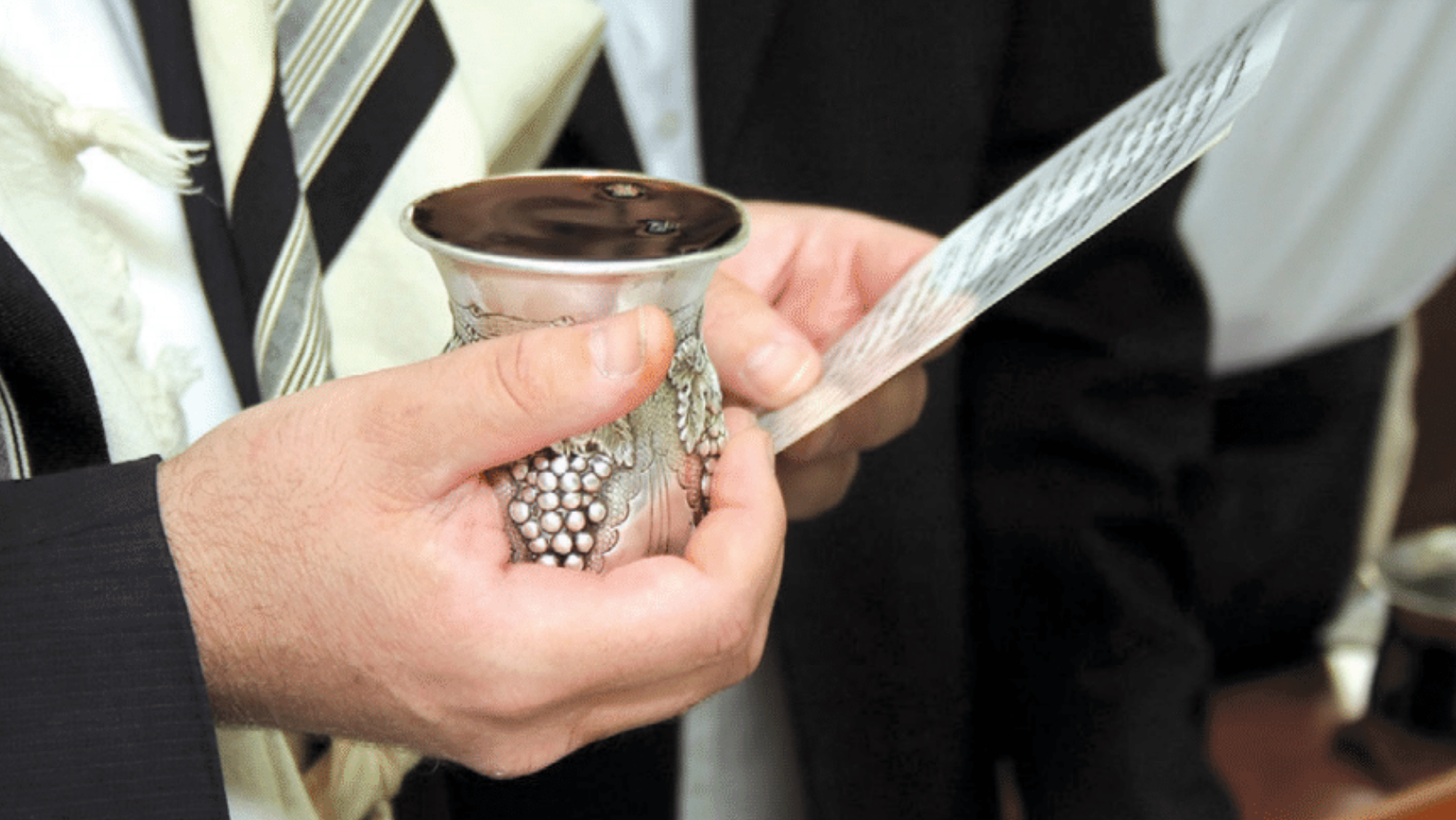 Rav Elyashiv, zt”l, ruled that someone may recite one of the Sheva Brachos even if he didn’t eat anything. It was reported that he himself followed this practice. Rav Moshe, zt”l, and Rav Shlomo Zalman, zt”l, both held that while one does not need to eat bread to recite Sheva Brachos, one should at least eat or drink something. On a weekday, Sheva Brachos are only recited if panim chadashos are present. This means that there should be someone new present at the meal to rejoice with the groom and bride, someone who was not present at the wedding. This new guest increases the joy of the chosson and kallah. A complete stranger does not qualify for panim chadashos. However, Rav Moshe ruled that if any of the parents of the chosson or kallah know the individual, then he qualifies. This guest indirectly increases the joy of the bride and the groom, when they see their parents rejoicing with this new guest. However, if the stranger is a Torah scholar, then, regardless, he qualifies as panim chadashos. The Torah scholar increases the joy of the chosson and kallah by making them feel honored to have a distinguished individual rejoice with them. There is a dispute between the Shulchan Aruch and the Rema if the individual who qualifies as panim chadoshos has to actually eat something from the seudah. (EH 62:7) Although the Rema ruled that he does not have to eat, Rav Elyashiv said as a matter of practical halacha, he should preferably eat bread. An eminent scholar once joined a Sheva Brachos. He was supposed to be the panim chadoshos. However, since he only drank a soft drink, Rav Elyashiv said that he did not qualify as a new guest, although, if an individual ate food, even though he did not eat bread, Rav Elyashiv said that he would qualify. Likewise, Rav Moshe ruled that the individual being counted on for panim chadashos should eat something from the meal. (Some Sefardim are very meticulous about this halacha and require One should not leave a Sheva Brachos meal before bentching and the recitation of Sheva Brachos. two new individuals who ate bread.)

If one has to leave early, there is room to be lenient based upon the ruling of the Aruch HaShulchan. Still, there is the additional issue of leaving before zimun, which one can somewhat ameliorate by making a zimun with a group of three. However, if one knows that he will have to leave early, it is highly preferable that one adopt one of the following suggestions from the Sovaya Semachos: 1. One should join the meal without eating bread or a quantity of cake/crackers that would require one to bentch. 2. One should wash and start eating before others and finish and bentch before they finish their meal. 3. If the first two options are unavailable, one can rely on the opinion that when one starts the meal, one can have in mind not to halachically join with the others in the meal. (Rav Moshe mentions this idea.) 4. If one ate bread, started with everyone else, and didn’t have in mind not to halachically join the others, one should at least finish eating before the others and bentch before them. If the first four options did not work out, and he really must leave before the recitation of the Sheva Brachos, he can bentch with a zimun of three people and depart without Sheva Brachos (relying on the Aruch HaShulchan). This article is based upon an exposition written by Rabbi Gamliel HaCohen Rabbinowitz and Rabbi Yaakov Skotzilz that was printed in the Torah Journal “Mah Tovu Ohalecha Yaakov,” Volume 17. The Torah Journal is available for free as a PDF. Among other avenues, one can obtain a copy volume 17 by emailing the author of this article at the address below.