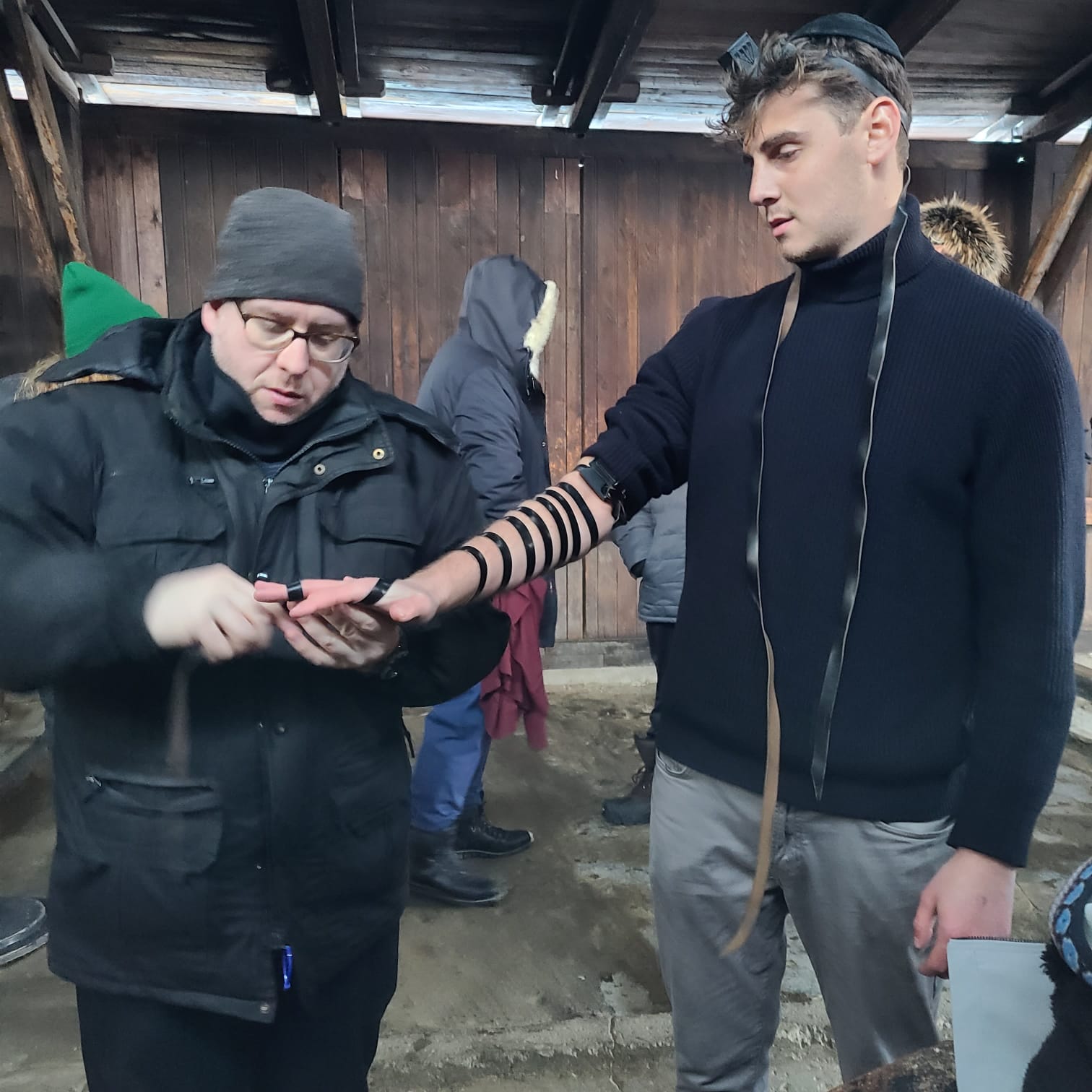 30 RAJE students from across the U.S. including a group from Baltimore, got back from a life-changing 7 day journey visiting Jewish heritage and Holocaust sites throughout Poland and the Czech Republic. RAJE (Russian American Jewish Experience) is a national Jewish outreach program whose mission is to create a vibrant community of young Russian Jews who want to explore their unique national, ethnic, and cultural identity while learning more about their Jewish heritage. The trip began in Warsaw, journeyed throughout Poland and Galicia visiting concentration camps as well as Jewish holy sites like the grave of Rebbe Elimelech of Lizentzk, the Warsaw Jewish Cemetery, and the Ramah Shul in Krakow. The trip concluded with a lively Shabbos in Prague, where the group visited the famed Old-New shul of the Maharal – the oldest continuously used Synagogue in the world.

One of the highlights of the trip was saying the Kel Maleh mourner’s prayer besides 7 tons of ashes that still remain in the Majdonic concentration camp. Another was the visit to Auschwitz, just a few days before the 77th anniversary of its liberation by the Red Army on January 27th, 1945. There, students lay tefillin in the barracks – many for the very first time. “Putting tefillin on in the bunkers was especially moving for me because the Jews risked their lives to do it under threat of death,” participant Jonathan Kogut, said. “It was beautiful to be able to continue this tradition so many years later, our Jewish faith still strong and intact.”

In Auschwitz students were able to flip through thousands of 6 foot tall pages containing the names of 4.2 million known victims of Holocaust. Many were amazed to find their last name listed among the names of the victims. Rose and Sofiya Zylberberg of Ellicott City attended the trip together. Their grandfather was from a large religious family in Poland. He was sent to Siberia shortly before the war – which ended up saving his life. He spent his life searching for any remaining relatives but was never able to locate any surviving siblings or family members after the war. In Auschwitz the sisters were shocked to find 10 pages filled with Zylberbergs from Poland who perished at the hands of the Nazis. “That’s about 5,000 of us that died in Poland almost immediately when the Holocaust began,” Sofiya said. “It was a moment of shock, but it also made me feel more proud than ever to carry my grandfather’s last name. I’m more certain than ever that I must honor our family by continuing on our Jewish heritage.”

“If I had ever considered not raising Jewish kids before, there is not a doubt in my mind that my kids have to know where they came from and what their ancestors did for them to be able to proudly be who they are,” Rose added.

The goal of the trip is not only to study the history of what was lost in the past, but also to explore one’s Jewish identity and focus on rebuilding the Jewish future. “The ultimate revenge on the Nazis is when we live proudly as Jews,” RAJE Maryland Director, Rabbi Gavriel Horan, said. “That’s the mission of RAJE. Never Forget means not only that we never forget the Holocaust – but perhaps more importantly that we never forget what it means to be a Jew.”

“The trip made me question who I want to become, and what impact I want to leave on the world,” Baltimore participant, Ellie Leybengrub, echoed. “Not only as an individual, but as a Jew. I intend to make a Jewish impact on the world, and I intend to be proud of it. I appreciate RAJE for making this powerful trip possible.”

Although all that remains of over 1000 years of Jewish heritage in Eastern Europe is ash, graves, and empty shuls, the Jewish people remain and are continuing our great legacy. Thanks to RAJE, the 30 students returned home with a renewed connection to their Jewish heritage and a desire to continue learning more.