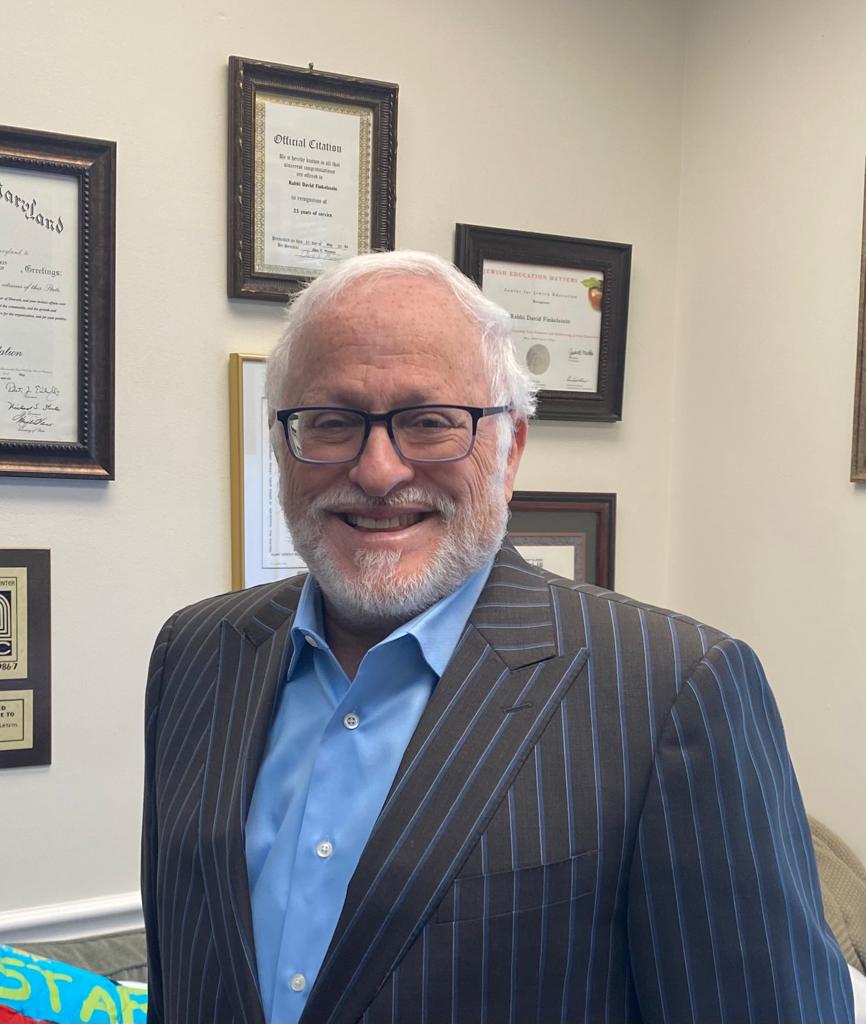 Tell us about yourself

I was born in Memphis, Tennessee to a mom who was originally from Shanghai, China, and to a father born in Mississippi. How’s that for a long range Shidduch? I moved to Baltimore in 1976, following in my brother Sam’s footsteps to attend Ner Yisroel. My sister Sara Shachter then followed us to Baltimore and when my father passed away, my mother moved to town as well. We all live on the same block and are extremely close.

Tell us about your family

I met my future wife Debbie on Shavuos on Yeshiva Lane at the Ryback’s, and the rest is a beautiful, 37-year history, B”H. Debbie, who is a star at Remax, and works very hard so I can “play at camp,” and I have four children, Avi (and Devorah), Elisheva (and Eli), Chaim, and Yoni, and beautiful grandchildren. Debbie’s parents, the Jacobs, and her sister, the Kohens, also moved to Baltimore and they live a block away. Baltimore has become a beautiful home for both our families.

Where did you go to Yeshiva & school?

After graduating from high school, I went to Mircaz Hatorah for two years and then came back to Ner Yisroel to learn and to go to John’s Hopkins, were I received a master’s in administrative science. I was also a part of the Kollel for five years.

How did you get involved with Shoresh?

I went to college so I could learn all about business. I was planning on moving back to Memphis to potentially go into real estate with my uncle Bernie. However, Hashem has different plans for me. My brother, along with his brother in-laws, Avi Kosman and Chaim Kosman, started Shoresh in Frederick, Maryland and I joined the program in its third year. There were around 25 campers and the program was for three to four weeks. I was so impressed with the Frederick families and the genuine love that they had for each and every mitzvah and Jewish concept that we taught them. When I spoke about building a Sukkah, the parents didn’t come over to me and say, “we don’t believe in this.” Instead, they would ask if we could come to their house and show them how to build one.

Did your parents support your decision to focus your career on Kiruv?

After spending time in Frederick, I made a crucial decision to call my parents and tell them that I think I want to become a Rabbi. My father, A”H, thought it was a prank call. But after I assured him that I would finish my master’s degree, he acquiesced and agreed to this new journey in my life.

Tell us about Shoresh

Shoresh is celebrating our 43rd year and personally, this is my 41st year. I have been blessed to have over 4,000 campers as well as 900 staff members be a part of the Shoresh family. We have a beautiful 107-acre campus in Adamstown, Maryland, and put 8 million dollars into the campus to give our kids and their families a year-round home where they can develop body, mind, and soul.

Shoresh will be hosting a special event soon, can you inform us of the exciting details?

On Sunday, July 3rd, we are having an epic Jewish Roots Music Festival at our campus from 3pm to 9pm. There will be wonderful entertainment for the entire family, including pony rides, petting zoos, face painting, hayrides, and much more. Delicious food will be prepared and sold by John Kaplan and Chef Dan and there will be a special VIP party in our 50’s diner led by CW Silverberg of CWS and Tripping Kosher, open bar, and VIP concert seats. Shani Kohen and Yona Openden are the co-chairs of the event.

Which singers will be performing?

The highlight of the event is our Jewish music superstars, including Avraham Rosenblum and Ruby Harris of Diaspora Yeshiva Band, Joey Newcomb, Lenny Solomon, and the Moshav Band. Nossi Gross and Zemer will be leading the awesome House Band, and the evening will end with a spectacular fireworks show.

How do I purchase tickets?

Anything else to add?

Our taglines are “from baby to bubby” and “going strong all year long.”

The Shoresh children have brought back the beauty of Judaism to their parents and as my Rabbi, Harav Nota Greenblatt TZ”L, who was a giant in the Torah world and recently passed away, would often say about the Memphis Hebrew Academy where I attended and where he was a founder, “children take parents to a place that they never would have gone on their own.”