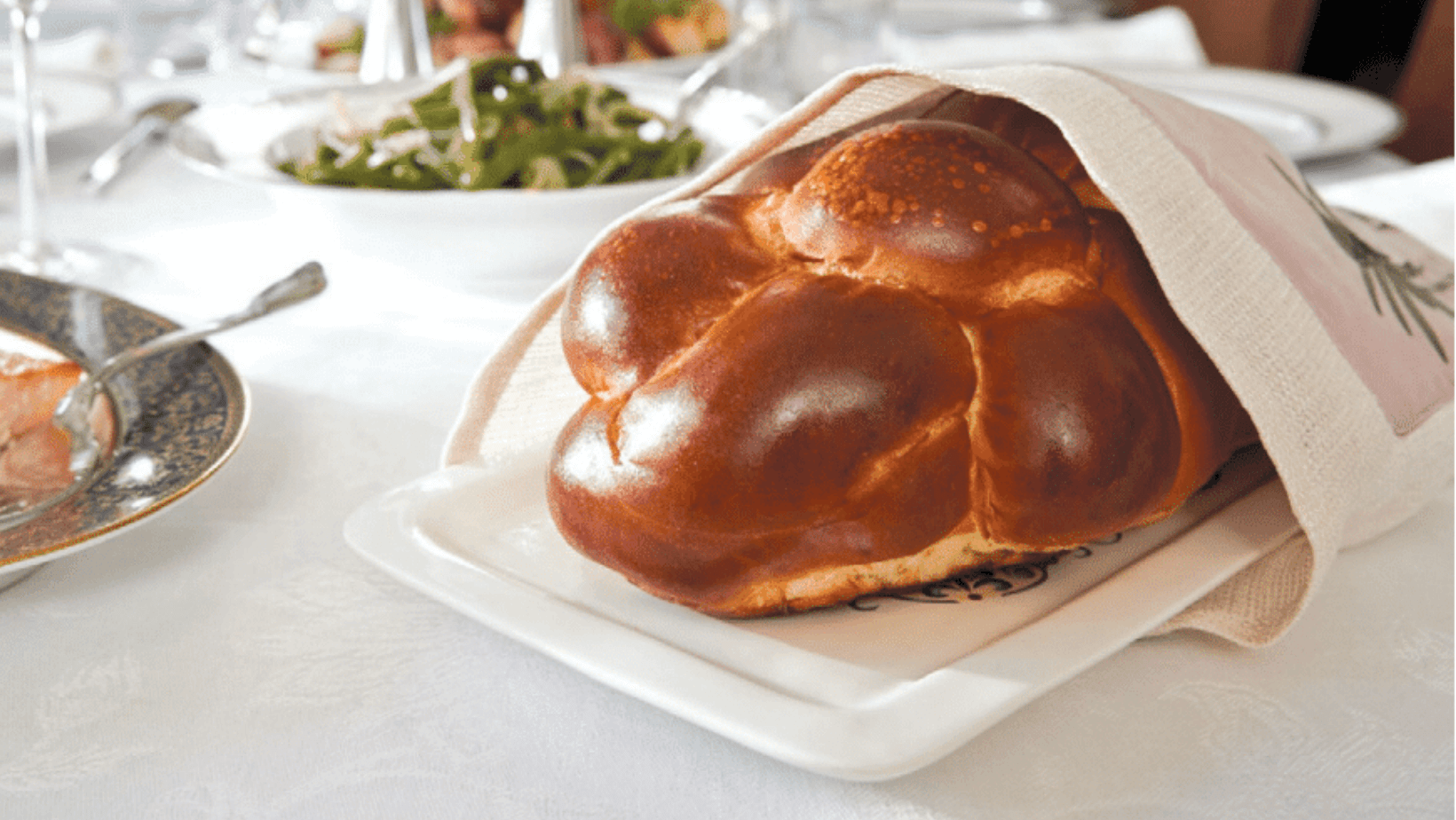 One fine erev Shabbos, Rebbe Yannai was anxiously waiting for a gift of fruit to arrive. Every erev Shabbos without fail, an employee who worked in his field would dutifully bring a gift of fruit to show his appreciation for his wonderful employer. Consuming these fresh fruits on Shabbos was part of Rebbe Yannai’s oneg Shabbos. Afraid that the employee might arrive too late for separating ma’aser before Shabbos, Rebbe Yannai acted. He took some fruit from his own stock and designated it as the terumah and ma’aser portion for the gift that was yet to come. The problem is that there is a mitzvah to designate ma’aser and terumah only if the produce is nearby. In this incident, Rebbe Yannai was unaware of where the gift was. However, Rebbe Yannai felt he was justified in violating this principle due to the extenuating circumstances. The gift did eventually arrive, and it seems that Rebbe Yannai enjoyed the fruits in fulfillment of his oneg Shabbos. However, Rebbe Yannai had a dream in which the following words were read to him: a splintered reed. He assumed that this was a reference to a verse in Melachim II, 18:21, “Behold you have relied on the support of this splintered reed.” Rebbe Yannai interpreted this as an omen from Heaven that he had been too rash in relying on the afore mentioned leniency. He should not have designated terumah and ma’aser for produce that was not nearby. He went to his rebbe, Rebbe Chiya, and inquired if his ruling was, in fact,  correct. Rebbe Chiya assured him that it was and quoted the following verse: “So that you will learn to fear Hashem your G-d all the days.” “All the days” area reference to Shabbos and yom tov. The verse is to be homiletically understood as teaching us that terumah and ma’aser should not be an impediment to oneg Shabbos. Surely the verse is not permitting one to eat untithed produce on Shabbos and yom tov. Rather, the Torah is indicating that for the sake of the mitzvah of oneg Shabbos, one may employ special leniencies. Specifically, one may follow Rebbe Yannai’s practice and separate terumah and ma’aser even though the produce is not in his immediate vicinity. Rebbe Yannai countered, “But I had a dream in which I was read ‘a splintered reed.’ Isn’t that an omen that I erred?” Rebbe Chiya responded, “Just the opposite. The intended verse is ‘He will not break a splintering reed but will administer justice in truth’ (Yeshayah42:3). The omen is that you ruled in accordance with the truth!” (Yevamos93a—b). The verse that Rebbe Chiya quoted demonstrated that one may employ a leniency in his preparation for oneg Shabbos. The Rashba points out that the concept of oneg Shabbos is clearly a biblical one. The Mishnah Berurah (250:1) writes that when purchasing an item for Shabbos, one should audibly declare that it is being bought l’kavod Shabbos. The Siddur Rashash takes this one step further. When one is actually enjoying Shabbos food, he should enunciate that he is fulfilling the mitzvah d’Oraisa of oneg Shabbos. The fact that oneg Shabbos is, according to the Rashba, a mitzvah d’Oraisa also has relevance to the following question: May one purchase Shabbos food before the recitation of the morning Shema? Kriyas Shema is a mitzvah d’Oraisa, so one would think that it should certainly take precedence over shopping for Shabbos delicacies. However, if oneg Shabbos is a mitzvah d’Oraisa as well, perhaps it should come first. The Pri Megadim says that Shema should take precedence in any case. This is due to the famous dictum of “tadir v’she’eino tadir, tadir kodem,” the more common mitzvah takes precedence. Since the mitzvah of Shema is applicable every day, it comes first. The Mishnah Berurah concludes that preferably one should say Shema and finish davening before shopping for Shabbos. But if a desired Shabbos delicacy will have been sold out by the time he finishes davening Shacharis, he should say Shema, then shop, and then daven. What is the halacha if an item will be sold out before he finishes davening, but if he davens after he shops, he will have to daven without a minyan? Which takes precedence: shopping for Shabbos delicacies or davening with a minyan? The Biur Halachah says the answer is obvious: How could praying with a minyan, which is a rabbinical mitzvah, push off Shabbos preparation, which is a biblical one?

Rabbi Avrohom Sebrow is a rebbe at Yeshiva Ateres Shimon in Far Rockaway. In addition, Rabbi Sebrow leads a daf yomi chaburah at Eitz Chayim of Dogwood Parkin West Hempstead, NY. He can be contacted at ASebrow@gmail.com.