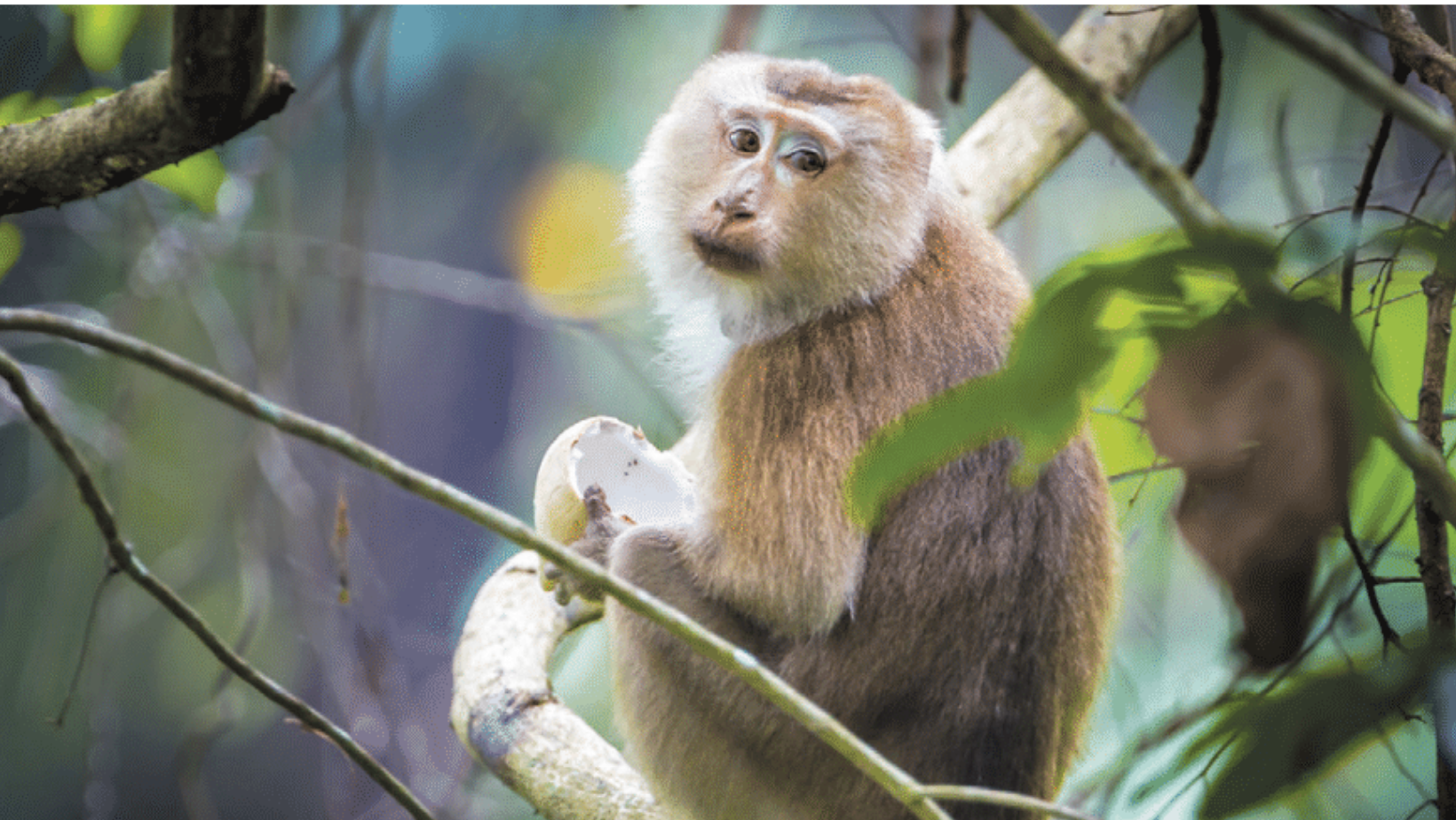 Every so often, I come across a newspaper headline and think, “I have got to turn that into story!” Usually, it comes from someplace like The New York Times or Wall Street Journal. Sometimes it’s from a specialized business publication like Bloomberg or a tax journal. But this week’s “ripped from the headlines” story would be just as appropriate in The Onion as it would in any of those places. I’m talking, of course, about Walmart’s decision to stop selling Chaokoh-brand coconut milk. Why? According to People for the Ethical Treatment of Animals, the company forces monkeys to pick the coconuts that go into the milk. The group found that “the coconut trade uses social monkeys as chained-up coconut picking machines, depriving them of any opportunity to eat, play, or spend time with their families.” The monkeys are “tethered, chained to old tires, or confined to cages barely larger than their bodies.” Walmart joins Target, Costco, Wegman’s, Food Lion, and Stop & Shop in 86’ing the ethical challenge from Thailand’s Theppadungporn Coconut Company. Naturally, that raised the question, how would we tax the monkeys? Snatching half a banana after the whistle blows seems almost as cruel as forcing the monkey to pick the coconuts in the first place. Besides, monkeys don’t actually eat bananas in the wild, and some zoos have stopped serving them because the sugar is just as bad for the monkeys’ waistlines as it is for ours. Microsoft founder Bill Gates suggested one solution when he proposed taxing robots that take away human jobs. “If a human worker does $50,000 of work in a factory, that income is taxed. If a robot comes in to do the same thing, you’d think we’d tax the robot at a similar level,” he said in 2017. Of course, it won’t be the robots doing the paying; it will be the factory. Having to pay taxes would give the robots just one more reason to revolt against their human overlords! The same approach could work for the coconut-harvesting monkeys and other animal workers. Iditarod racers can pay for the dogs that drag their sleds. Coffee growers can pay for those civet cats that eat those coffee beans before they turn them into kopi luwak. (Yes, you read that right.) And just imagine how fast Han Solo powers up the Millennium Falcon when he sees the IRS coming for his Wookie! The Chaokoh story sounds like the sort of thing you’d find here when there isn’t any real tax news. But it reveals how taxes can adapt (or fail to adapt) to all sorts of changes in our economy. For example, Washington wants to phase out environmentally destructive fossil fuels, so they give us credits for buying electric cars. At the same time, we tax gasoline to pay for roads because existing cars and trucks use gas-powered engines. The more you drive, the more you pay. So that makes electric cars “free riders” that don’t pay for the wear and tear they cause. Perhaps a special tax on car chargers could even the scales? Or maybe cut out the middleman and just take the electric car credit and pay it over to the Highway Trust Fund? Next time you find yourself at the grocery store, look around and notice how many milk options you have, from plain old cows (and goats) to almonds, soybeans, macadamia nuts, and even coconuts. Nobody needs that many choices (although the economy stopped being about “needs” a long time ago). When it comes to taxes, though, we’re here to help you make the right call, with no monkey business involved!