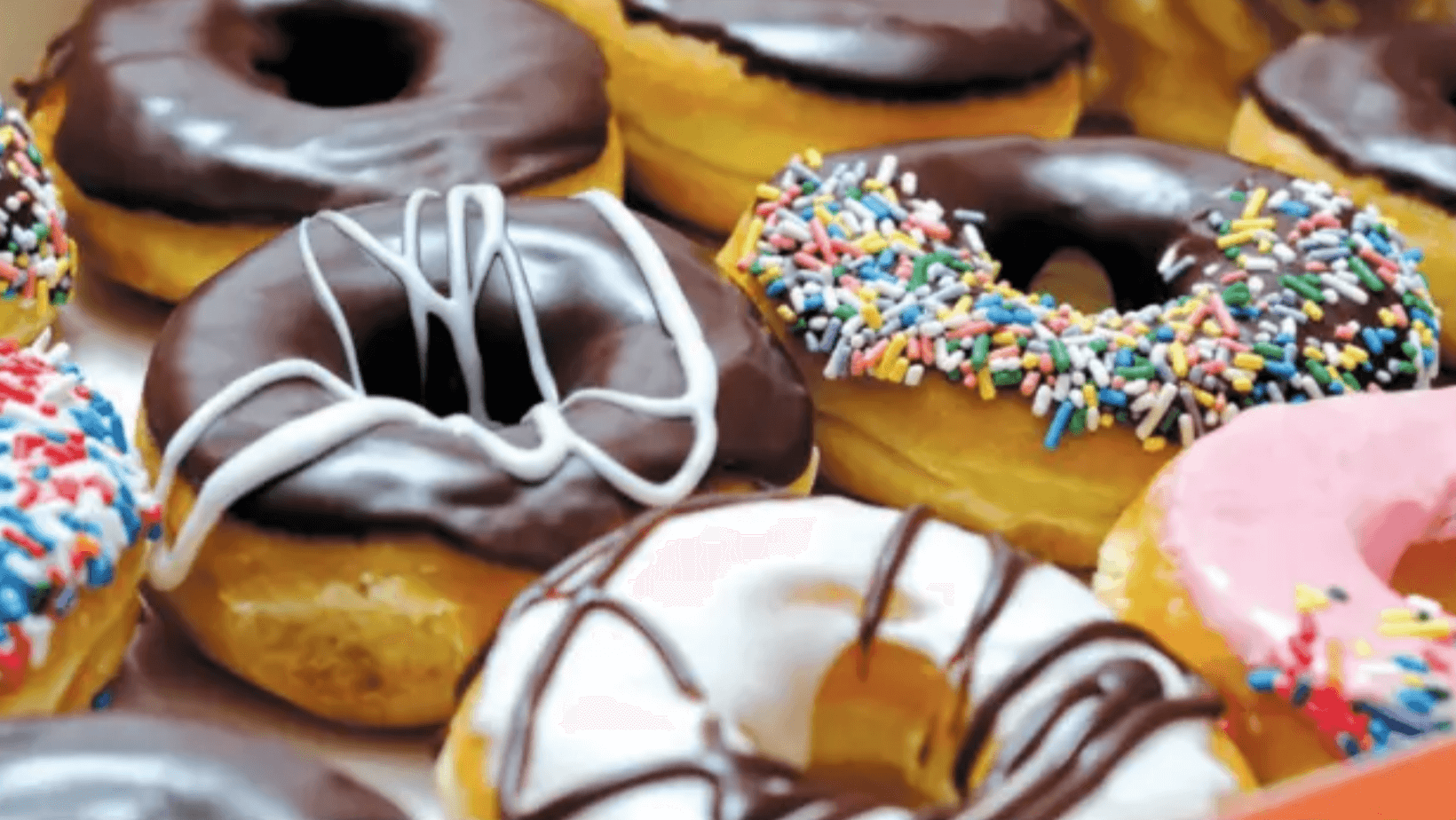 In 1917, the Salvation Army sent 250 volunteers called “Donut Lassies” to deliver donuts to soldiers serving on the front lines in France. They collected excess rations for the dough, used shell casings and wine bottles as makeshift rolling pins, and filled a soldier’s helmet to fry the first batches of crullers. In 1938, the organization sponsored the first Donut Day event in Chicago to commemorate those brave angels. And while the holidays come just once a year, today there are two National Donut Days – one on the first Friday in June and the second on November 5. Americans eat over 10 billion of the fried dough treats every year – a miles-long conveyor belt of deliciousness. They’ve come a long way from the simple oly koeks (oily cakes) that Dutch settlers brought to the New World. And while you may not think there’s much left to mine in donut R&D, clever confectioners are still testing new approaches. Most recently, in 2013, a Soho pastry chef named Dominique Ansel struck gold with the Cronut®, a nonbinary croissant-donut hybrid fried in grapeseed oil. In honor of this year’s first homage to the tasty little cakes, this week, we’re serving up three bite-sized stories about donuts meeting the taxman. •Donut sales generate millions in sales taxes for grateful state and local governments. But donuts are one of those tricky foods that can be hard to pigeonhole. For example, are they a dine-in food or a takeout food? In New York, if you buy them heated, the state assumes you’re dining in. In Richmond, Virginia, if you order up to five, they’ll assume you’re going to eat them on the spot, and you’ll pay the usual dine-in sales tax. (Five?!?) But order six or more, and they’ll assume you’re carrying them out, which avoids the tax. (My advice: go big. The tax you save on those first five donuts makes the sixth one almost free!) •Legend holds that, in 1847, the sea captain Hanson Gregory, who was tired of greasy undercooked centers, used a round tin pepper box to punch out “the first donut hole ever seen by human eyes.” But “donut hole” has a technical meaning in the tax world, too. The donut-hole effect is when a tax phases out at a particular level, then comes roaring back at another, higher level. For example, the Biden administration has proposed fattening IRS coffers by reimposing the OASDI portion of social security tax, which currently phases out at $147,000 on earned income above $400,000. It seems particularly cruel to name a tax hike after America’s favorite morning treat. •Not all donut tales have sweet endings. Last year, a New York jury convicted the owners of three Dippin Donuts stores in Rome and New Hartford of tax evasion. John Zourdos, along with his wife Helen and their son Demetrios, creamed nearly $3 million in cash receipts off their topline to evade over $650,000 in federal tax from 2013 to 2017. (“Creaming” is the same thing as “skimming,” except creaming sounds more donut-y.) Today they’re each facing five years in a place with no donuts at all. The lesson, as is so often the case, is that every financial choice you make involves taxes – even when just weighing cream filling against jelly. Perhaps that’s why so many financial professionals are adopting a “taxes first, then math” approach to their clients’ affairs. Life is full of unpredictable choices. Will the market go up or down? Will bitcoin go down or way down? Will that fried Danish really taste as good as it looks? (Spoiler alert –of course it will!) Why would you give up the chance to control your taxes when you’ve got us here to help?

Allan J Rolnick is a CPA who has been in practice for over 30 years in Queens, NY. He welcomes your comments and can be reached at 718-896-8715 or atallanjrcpa@aol.com.