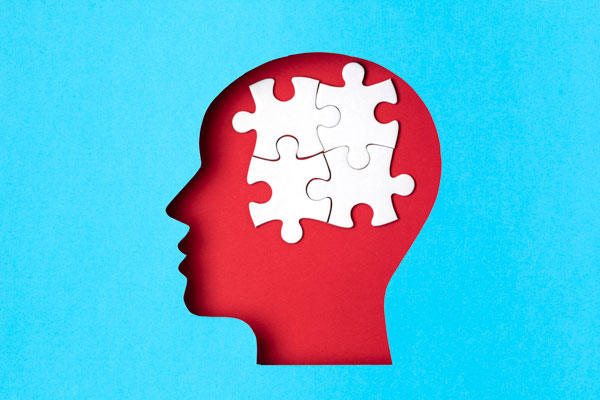 There is a saying that you forget what you want to remember and you remember what you want to forget. You want to remember about your appointment at the doctor tomorrow. Without a reminder, you will possibly forget all about it. You might have had a traumatic experience many years ago and you do not want the memory to haunt you, but somehow it can be very hard to forget. This simple concept has underpinnings in the complexities of the neurobiology of memory formation and is at the root of many long-term effects of traumatic events.

Many people develop phobias based on a traumatic event that occurred earlier in their life. For example, someone who was bit by a dog may develop cynophobia – fear of dogs. Someone who was bullied as a child might develop certain fears or anxieties because of their experience. These psychological phenomena are rooted in the nature of the neural connections in your brain. We have well over 100 trillion connections between the neurons in our brain, and how memories are encoded can determined how the memories affects us.

Let us give a real-life example of this phenomenon. Shimon had a very embarrassing experience when he was 13 years old. As he was walking up to the podium to deliver a speech at his Bar Mitzvah, he tripped, fell down, and his hat flew into the sesame chicken. Shimon was mortified. His father gently told him, “One day, you will look back at this event and you will find it amusing.”

Shimon’s father unknowingly was conveying the concept of memory reconsolidation. As time goes on, whenever Shimon recalls the memory, he can frame it and rewrite it in a new context. What at the time was embarrassing and somewhat traumatic becomes an amusing memory. The memory ceases to be traumatic and will not be triggering for Shimon. Since memory is not static, we constantly reframe and adjust the nature of our memory each time we recall and rewrite the memory.

This can also have the opposite effect as well. If you have had a traumatic experience, it is common to feel the emotions of that memory and experience a visceral reaction whenever you recall the memory. In essence, you are rewriting the memory with more and more layers of emotion and feeling each time you recall the memory. Over time, this can have very negative consequences.

Additionally, you can give new context to the memory that can cause the memory to become more traumatic. For example, Levi was abused when he was eleven years old. Many years later, when Levi’s own son turned eleven, he realized the magnitude of the abuse that an eleven year old experiences. Colloquially, we would say that Levi was retraumatized. Neurologically, we would say that the memory went through reconsolidation. Levi’s new understanding of the nature of his trauma, caused the memory to be rewritten with additional layers of context and meaning. Levi’s memory is now more traumatic.

Many forms of trauma therapy are based on the theory of memory reconsolidation as they attempt to help you rewrite the memory with a new context that will transform the way you view your trauma.

In conclusion, we are not computers. Although a computer file can remain unchanged virtually forever, our memories are not that way. It is what makes us human.