Membership Has Its Privileges 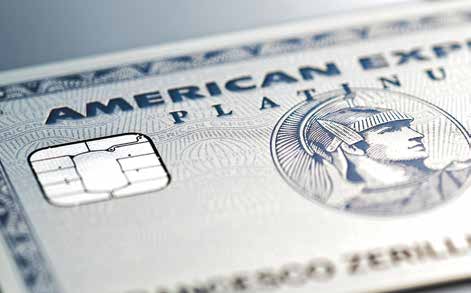 In 1958, American Express launched its first credit card. They worked to position it as a premium offering right out the gate, with a whopping $6 annual fee – a full $1 higher than Diners Club. Those first cards were purple cardboard with typed names and account numbers. But one year later, AmEx rolled out the first embossed plastic cards in familiar green. Since then, they’ve added versions in Gold, Platinum, Unobtanium, and Youcan’t- havium, each with ever-increasing features and benefits. The Centurion Card, available by invitation only, carries a $5,000 annual fee. Benefits include a dedicated concierge and travel agent, lounge access at just about every airport in the world, and personal shoppers at retailers like Saks Fifth Avenue and Gucci. (James Bond used a Centurion Card in Quantum of Solace to book a private jet to Bolivia.)

Today, membership isn’t as much about privilege as it is about points. AmEx has co-branded with partners across the globe to offer points and bonuses you can redeem at over 130 airlines, hotel chains, and retailers. With marijuana legal in so many states, we wouldn’t be surprised to see a co-branded Cannabis Card with a $420 annual fee, naturally, offering discounts and status at dispensaries across the country.

Now we’ve learned that the jet-setters at the IRS are investigating AmEx for pitching business owners some sketchy tax advice.

Here’s the issue. When you use your card for personal expenses, you earn points you can use towards those flights and rooms. The IRS considers those points to be nontaxable rebates or discounts on your purchases. But what happens when you use your card for business expenses? The Wall Street Journal reports that last July, a whistleblower filed a complaint charging the company “knowingly persuaded business owners to underreport their income and taxes.” It turns out AmEx was pitching eye doctors, McDonald’s franchisees, and payroll companies, among other businesses, to use their cards for business expenses, deduct the fees, transfer the points to a certain card, then convert the points to tax-free cash.

How much are we really talking about here? The Journal says the pitch helped generate billions of dollars in transactions. And the IRS doesn’t pay rewards to whistleblowers until the amount identified, including taxes, penalties, and interest tops $2 million.

It turns out the IRS isn’t the only agency giving AmEx the stink-eye over how they sell business cards. The Department of Justice and Comptroller of Currency, along with Inspector Generals (Inspectors General?) from the Department of Treasury, FDIC, and Federal Reserve, are all investigating whether AmEx used “aggressive and misleading” sales tactics to sell accounts. AmEx has also received a grand-jury subpoena from the U.S. Attorney for the Eastern District of New York and a civil investigative demand from the Consumer Financial Protection Bureau. Among other allegations: from 2014 to 2018, salespeople let business owners use dummy taxpayer-identification numbers like 123456789 to fill out card applications. How legit does that sound? (If you play “Wordle,” it’s worth remembering that FRAUD is a five-letter word. Come to think of it, that’s not a bad first guess!)

It looks like AmEx is about to have some unhappy campers on their hands. The cheating won’t be hard to find, considering AmEx has all the records the IRS needs to connect the dots. But assuming you’re not one of those unlucky few, there’s no reason to worry. The real mistake would be failing to take advantage of all the legal ways you have to use your business to minimize taxes.

So call us when you’re ready to take a worry-free vacation, and we’ll show you the legitimate ways to get Uncle Sam to pay.