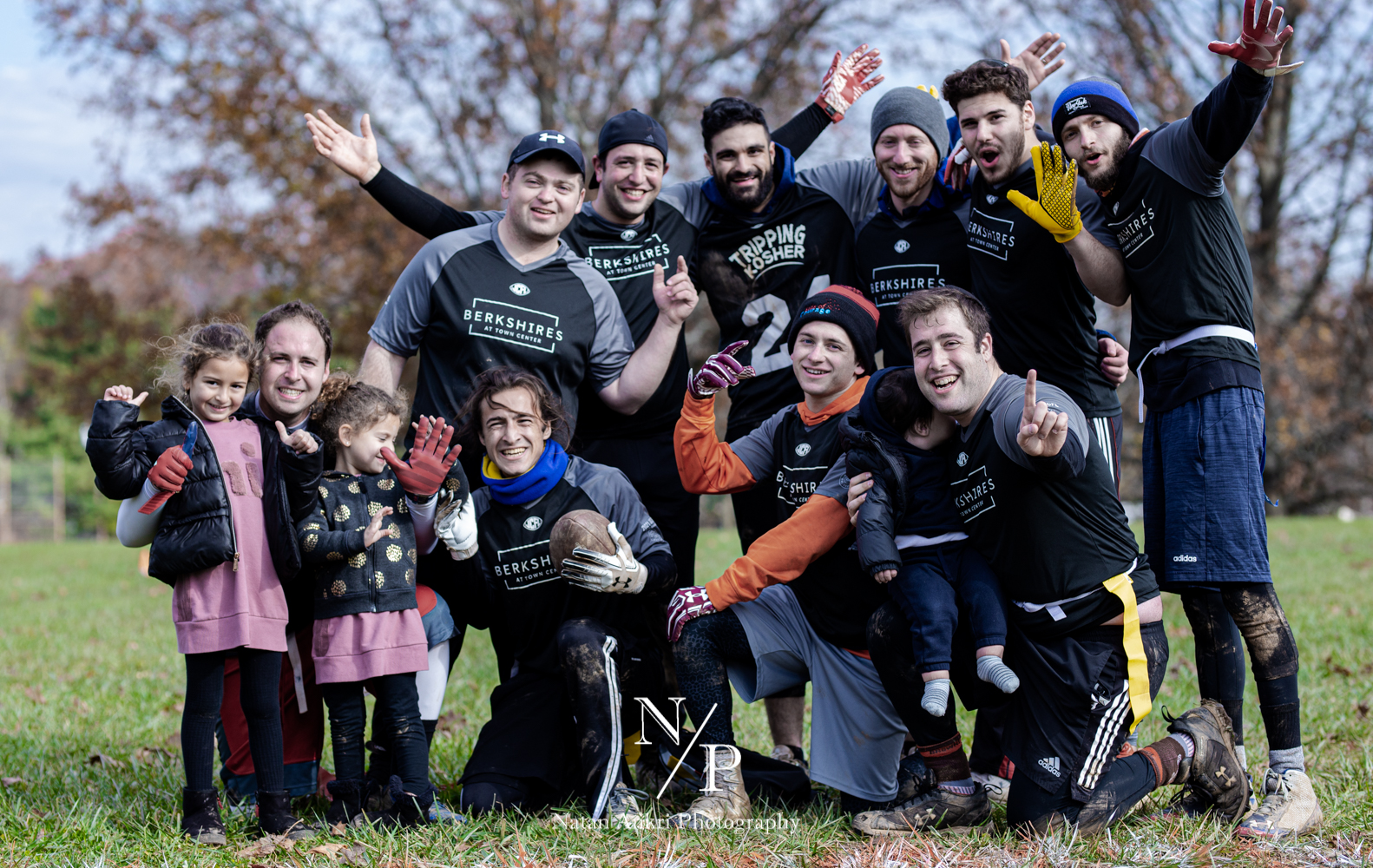 On November 21st, 2021, on a cold and crisp Sunday morning, numerous “JCFL by Shimz Cars” fans showed up to the beautiful ActualEyes fields at Pikesville Middle School, to cheer on the players of the Berkshire Bulldogs and The Construction Company, as each team vied for a win in the “JCFL Championship” by Chef Dan.

The first-place Bulldogs entered the game with the league’s longest winning streak, pulling out a win in their previous 6 matches. Also of note, Berkshire’s star WR, Shulie Hochman, had collected 5 championship rings over the league’s 9 year history and was hoping to claim title number 6 in this Championship X.

Both teams recognized immediately that this would be a hard-fought battle and that defense would be critical on both sides of the ball. Would the dominant defensive line of The Construction Company make the difference in the game? Or would it be the depth and speed of Berkshire’s WR corps that would give them the edge? That was all to be determined.

On The Construction Company’s first drive, Berkshire CB Moshe Reches jumped a route and picked off TCC’s QB Dan Gutman to get things started for the Bulldogs.

Berkshire’s QB, Moshe Tuchman (playing in his second championship game but first as a QB) took over on offense but following dominant pressures by The Construction Company defensive line of Simi Willner and Ben Gutman, the Bulldogs would turn the ball over on downs.

As predicted, the story of the game was defense with both QBs having to fend off heavy pressure while both secondaries consistently shut down passing lanes. As a result, the first number of drives resulted in no scoring.

But Tuchman regrouped and led a game-changing drive, hitting Shulie Hochman 3 plays in a row, which ultimately set up a TE roll out by Avromi Freund to give the Bulldogs a 6-0 lead. The Bulldogs would hold that lead going into half time.

Early in the second half, The Construction Company struck back as Dan Gutman connected with multiple WRs and then hit his brother, TE Ben Gutman, for a red zone score, tying the game at 6-6.

But it was all defense from that point forward. With 3 minutes remaining in the game, The Construction Company drove the ball downfield and were in the red zone, but a sack and then a fourth down INT by rookie CB Mookie Chamdi shut down that scoring opportunity and for the first time in JCFL history, a championship went into overtime.

After winning the OT coin flip, the Bulldogs elected to receive the ball and Tuchman took no time getting the ball to a 3rd down and 1. With a perfect play call, Tuchman hit on his first deep ball of the game to Mookie Chamdi for a game-winning/championship winning TD.

Ultimately, the story of the game was the Bulldogs red zone defense and their ability to avoid turnovers on offense. Moshe Tuchman and Ouriel Nafisi gave up zero deep balls in the secondary, while Chamdi, Hochman, Reches, and Moshe Guttman shut down the middle of the field, allowing defensive linemen Avromi Freund and Shimmy Feintuch to collect 5 sacks on the day. For those tracking JCFL stats, this is the first time since the opening season that a rookie QB won the championship. Congrats to the Berkshire Bulldogs on a great season!

The league wants to extend a thank you to all the players and sponsors as well as the refereeing crews and league committee for another successful season.