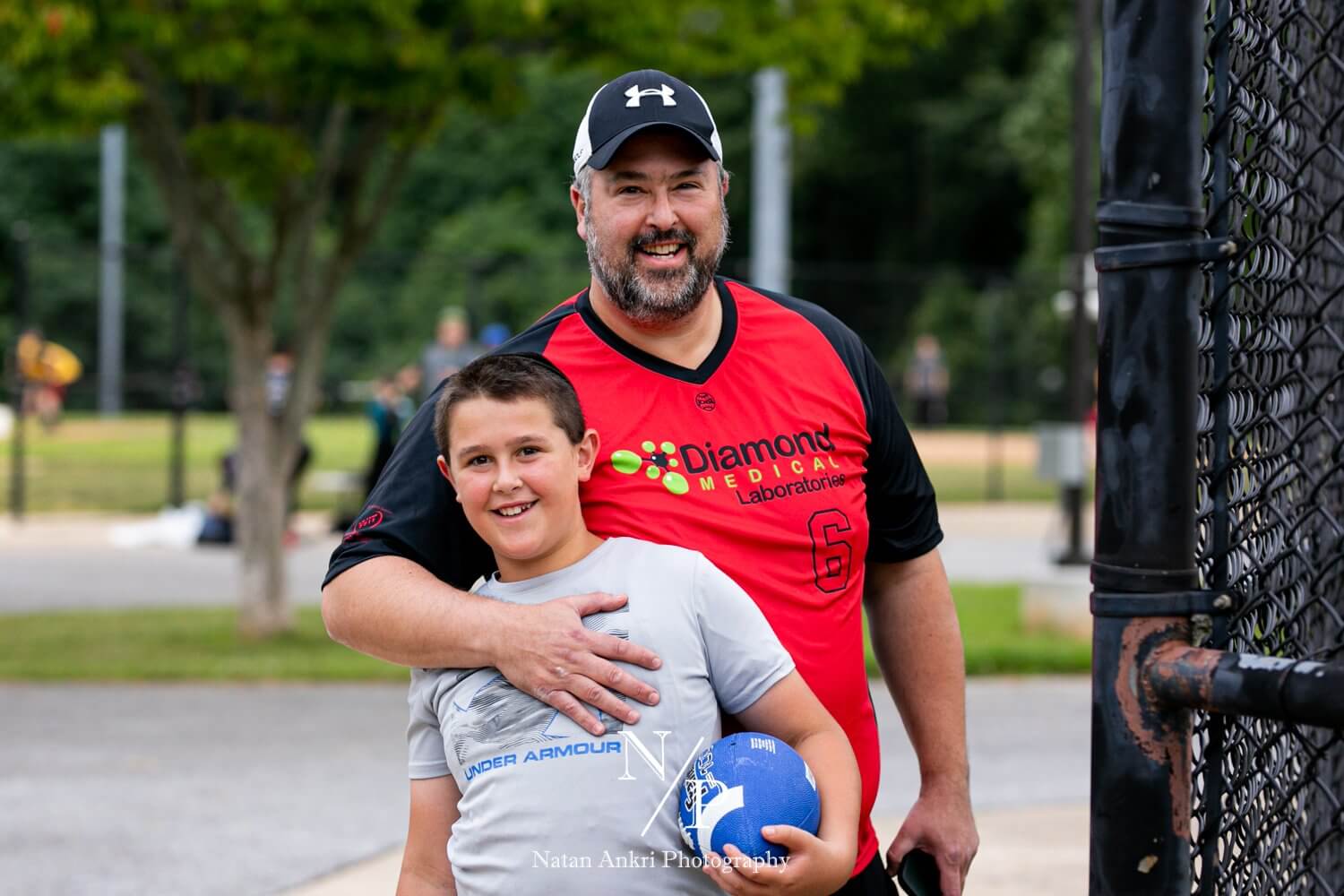 On Sunday evening, September 4th, the JCNSL ended its regular season in dramatic fashion, with every game presenting a playoff implication of some sort. Multitudes of fans ventured out to the beautiful Reisterstown Regional Fields – by Web Interactive Technologies to take in the excitement. And though many were distracted by the unusually dapper and debonair players (thanks to their fashionable team jerseys sponsored by Sushi Sakura), the fans were not let down. When it was over, the standings were as follows:

The top 4 teams now enter the Postseason (scheduled for Sunday, September 11th) where all teams will vie for a shot at the highly coveted, Mailman Law, LLC trophy.

Read on for some of the highlights from the past few weeks of the season:

In an epic battle, the game was tied at six with Fired Up Promotions batting in the top of the sixth. All it took was an error, scoring one run for Fired Up, to then open the floodgates.  Fired Up would send 15 hitters to the plate scoring 9 runs to take a commanding 14-6 lead.

KD made things interesting in the bottom of the sixth, scoring four runs, but Fired Up clamped down on defense and closed the game out, 14-11.

Coming off its first loss of the season the prior week, PHR was zoned in. PHR started with a bang, plating 5 runs in the first, capped by a 2-run double by Eli Englander. They didn’t need much more than that as Scott Leder only gave up 5 runs the rest of the game.

Koby Leder was solid on defense and had a multi-hit performance, as did Binyamin Guttman. Game ball went to Rafi Strum who went 4 for 4, including a 2-run blast in the 4th.

Shia Swiatycki and Avi Safren had 3 hits each while Brain Ponczak played stellar defense and reached base two times, as did newcomer Yehuda Leib Katz. Shmuel Beck, the heart and soul of the team, made sure Park Heights Roofing never looked back and helped the team cruise to a 10-5 victory.

With major playoff implications on the line, Donny Ankri Architects battled Shimz Cars in a pivotal game. Shimz got on the board first with a run in the opening inning. DAA answered with a run of their own. The bats went cold for both teams with multiple 3 and outs for the next 2 innings, thanks to stellar pitching by Yacov Benzaquen and Howie Friedman. But Shimz then broke the stalemate, scoring 2 runs in the 4th to take a 3-1 lead.

With their season on the line, DAA had to find a way to score runs. Their bats awakened in the 5th as DAA scored 4 runs, aided by a 3-run double to RF by Menachem Rubenstein. Shimz had one last chance in the 7th, down only 2 runs. Shimz got 2 runners in scoring position to put pressure on the DAA defense, but thanks to a solid defensive play by Donny Ankri and a couple big outfield catches, DAA secured the win to move a step closer to a playoff berth.

With the final regular season game about to start, Donny Ankri Architects and KD Gold & Coin Exchange had their eye on the standings. Both teams needed a win to make the playoffs. KD jumped on top first with a huge 4 run 1st inning. But DAA didn’t get flustered as they answered with 4 runs of their own. Each team tacked on one run in the ensuing innings to keep the game tied. In the 3rd inning, DAA blew the game wide open scoring 6 runs thanks to a monster 3-run double by Howie Friedman. DAA never looked back, as they added 2 runs in the 4th and then another 4 runs in the 5th to end the game early by “mercy rule” as they cruised to a 17-5 victory, clinching a spot in the playoffs where they look to defend their championship victory from the prior season.

Being down 7 players and coming into a must-win performance is never easy. But Scott Leder got the Park Heights Roofing team fired up for this one. He led the team with his work from the mound and the rest of the team followed from the plate.

Being down 5-2 after 4 innings, it took only a couple of singles to get PHR started. Those initial hits were then followed by a 2-run triple from Koby Leder, who had 4 hits on the evening and a few highlight reel catches in CF.

Binyanim Guttman had multiple hits and RBIs and played really well in the OF while Shia Swiatycki was superb on defense and had two hits.

Shmuel Beck reached base 3 times, showing patience at the plate and Shlomo Rosenstein had multiple hits as well, helping PHR finish the game with a 10-5 victory. The win sealed the first-place seed for PHR, elating team owner Avi Mandel who provided divrei bracha both before and after the game.