Is Dried Fruit the Top Banana? 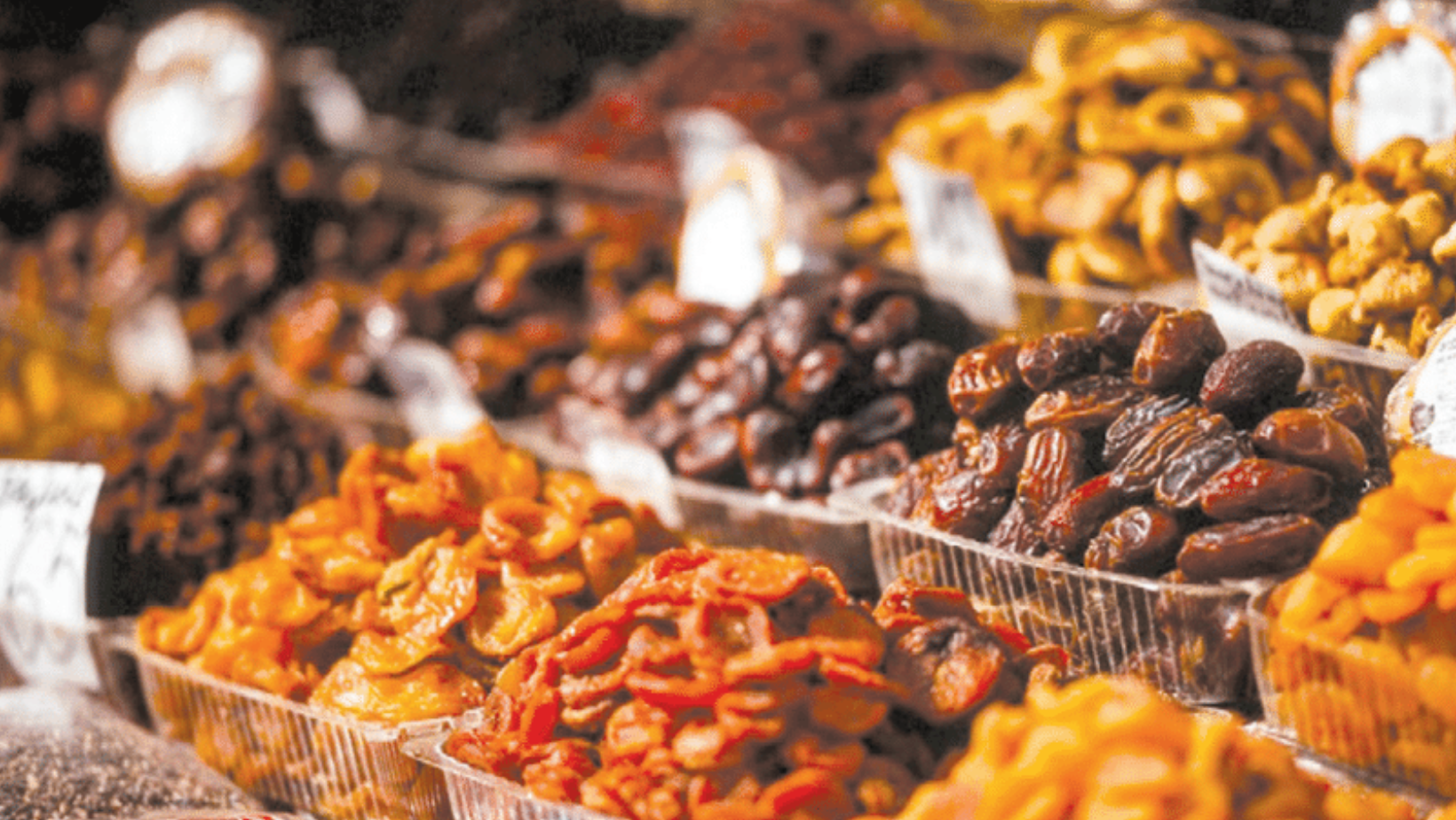 There was a villager – we’ll call him Reuven – with a taste for fine liquor and a nice collection of schnapps barrels. Reuven knew how to enjoy his liquor responsibly. His brother, Shimon, on the other hand, didn’t know when to stop. Shimon loved visiting his brother and helping himself to some of the stash. But even after feeling tipsy, Shimon would go back to the barrels for just one more shot. He would drink until he made a public spectacle of himself. Reuven couldn’t stand watching Shimon get drunk, especially on his dime. Reuven repeatedly warned Shimon not to drink excessively but to no avail. When Reuven finally had enough, he made a neder that Shimon could no longer benefit from his liquor. Shimon was obviously miffed, but he would no longer drink Reuven’s liquor because he didn’t want to transgress the biblical prohibition of violating a neder. But in the end, without a brother to share his liquor with, Reuven eventually traded his schnapps collection for dried fruit. Shimon cleaned up his act and became an upstanding member of the community. His daughter became engaged to a fine young man. The only issue was that Shimon could not afford to pay the dowry that his son-in-law was promised. Shimon turned to his brother for help.

Reuven offered him his dried fruit collection. After all, which chassan wouldn’t want some dried fruit for a dowry? Shimon thanked Reuven profusely but then remembered the neder. Shimon was not allowed to derive any benefit from Reuven’s liquor – and that very same liquor had been exchanged for the dried fruit. The Mishnah in Nedarim (57a) discusses a situation where one vowed not to eat certain fruits, which were then exchanged for another item. The Mishnah says that the person who uttered the neder cannot derive benefit from that new item. The Mishnah is teaching us that sometimes the prohibition of the neder transfers over to a new item that was meant to replace the original item that was subject to a vow. Here, too, perhaps the prohibition that prevented Shimon from drinking Reuven’s liquor should transfer to the dried fruit that was exchanged for the liquor. The question was posed to the Chasam Sofer. The Chasam Sofer said that we need to consider the intent and mindset of the person who made the neder. In truth, Reuven was upset with Shimon for his public intoxication. Yet Reuven did not forbid Shimon from coming to his house and having a meal. Nor did Reuven say that Shimon couldn’t take his horse out for a ride. He only forbade Shimon from imbibing his schnapps.

Therefore, we can assume that Reuven’s intent was only to curb Shimon’s alcohol consumption and to forbid the actual liquor but not any non-alcoholic item that it might be exchanged for. Certainly, Reuven would have no issue if Shimon enjoyed a dried apricot or two. According to this reasoning, the prohibition should not transfer to the dried fruit. Further, the Chasam Sofer argued that even if we were to concede that Shimon could not derive any benefit from the dried fruit, it would still be permitted as a dowry for his daughter. The Gemara says that if someone uttered a vow that a certain individual may not derive any benefit from him, the vower may still feed that individual’s young children. Feeding a child is not considered a direct benefit to the parent. The Chasam Sofer argued that the logic should apply all the more so in this case. The daughter who is about to be married is an adult, and the father has no legally enforceable obligation to provide her with a dowry. A beis din cannot force a father to provide a dowry for his daughter. Therefore, even if Shimon could not benefit from the dried fruit, it would still be fine. Only Shimon’s daughter and the chassan would benefit from the dried fruit, not Shimon himself. The chassan and kallah can therefore freely consume the dried fruit. We can assume that after the Chasam Sofer issued his ruling, the chassan was overjoyed at his newfound wealth of dried fruit. After all, there are some chassanim who don’t even have dried fruit.