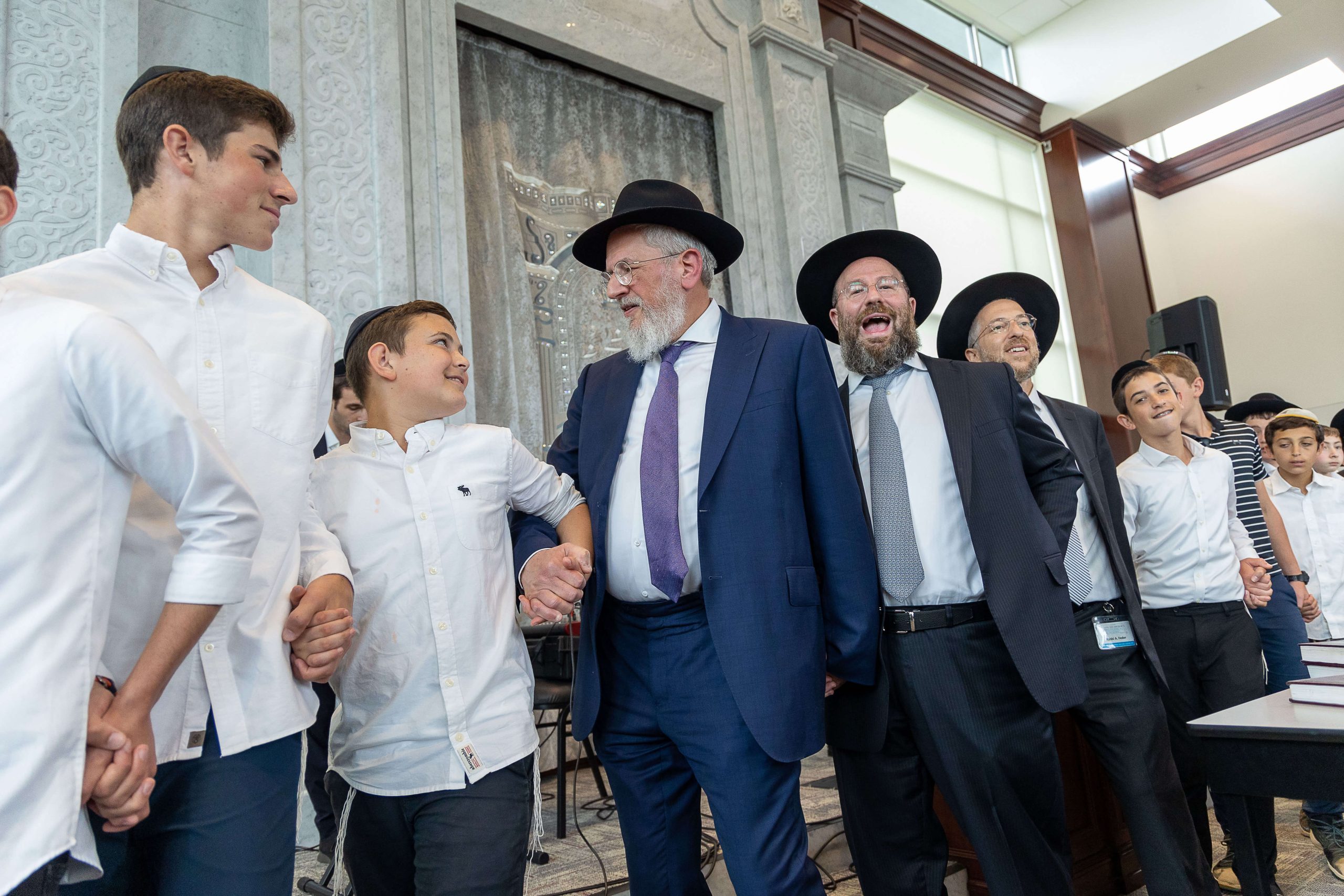 It was a magical night.

On Thursday, June 16th, TA welcomed hundreds of donors, parents and guests to a spectacular Dessert Gala and Concert Under the Stars, featuring Abie Rotenberg and Baruch Levine. The extravagant evening was the culmination of weeks of excitement at TA during the “Hadran Aloch- A Life of Torah” campaign.

Starting over Shavuos, TA Rebbeim, teachers, talmidim, alumni and parents united with passion in an unprecedented learning and chazara initiative, setting the foundation for “Hadran Aloch: A Life of Learning!” Every grade, from the Elementary school to Mesivta, reviewed their limudim from the entire year, and achieved amazing chazara goals, on both an individual and schoolwide level. The learning culminated with several grand siyumim taking place at TA on the morning of June 16th. Rabbi Zvi Teichman presided over the Mesivta siyum, sharing words of chizuk with the talmidim and congratulating them on their great achievements in Torah learning. Rabbi Akiva Feldman and Rabbi Dovid Heber joined our siyum in the Middle School Bais Medrash while Rabbi Beryl Weisbord personally addressed our 4th graders. At the end of the siyumim, the talmidim and rebbeim broke out into joyous song and dance in celebration of all of their accomplishments! Our Early Childhood students enjoyed a Torah parade in their gold crowns, joining the older boys in the celebrations of the day. The talmidim then enjoyed an unbelievable concert on the spacious TA turf with Baruch Levine and surprise guest Uri Davidi!

Following the exciting daytime events, the TA turf was transformed into a beautiful event space for the Dessert Gala and concert. B’chasdei Hashem, the weather held out and allowed guests to fully enjoy the outdoor venue. The talmidim ushers guided everyone to their seats as the program commenced with welcoming messages from Rabbi Yaacov Cohen, Executive Director and Rabbi Yehuda Lefkovitz, President. A phenomenal video, produced by Rabbi Elchanan Ciment, showcased all of the Hadran Aloch events that had taken place in TA during the preceding 2 weeks. Abie Rotenberg and Baruch Levine then sang the night away with many of their most famous hits, including “Joe Dimaggio’s Card” and “V’zakeini”. During one special part of the evening, the singers were joined onstage by Chaim Zev Cohen, Yaakov Landa and Tzvi Mitnick, who sang “Hamalach Hagoel” together. Abie and Chaim Zev then brought the crowd to tears with their duet of “Father, Please Tell Me”. To conclude the program, Mr. Shmuel Luxenburg, Chairman of the Board, thanked many people for their commitment and dedication to TA, in both educational and lay leadership positions.  At the end of the program, dancing broke out amongs the attendees, feeling the simcha of the evening.  Following the concert, guests were treated to a delectable dessert spread to conclude the night.

Thanks to the unbelievable generosity and hard work by TA’s campaign ambassadors, the “A Life of Torah” campaign has raised $1,512,742 to date. These critical funds will help ensure that the learning, geshmak, excitement, warmth and ruach felt every day in TA will continue! Thank you to everyone who was involved in the great efforts to make the Hadran Aloch events such a smashing success!