Crook on the Hook 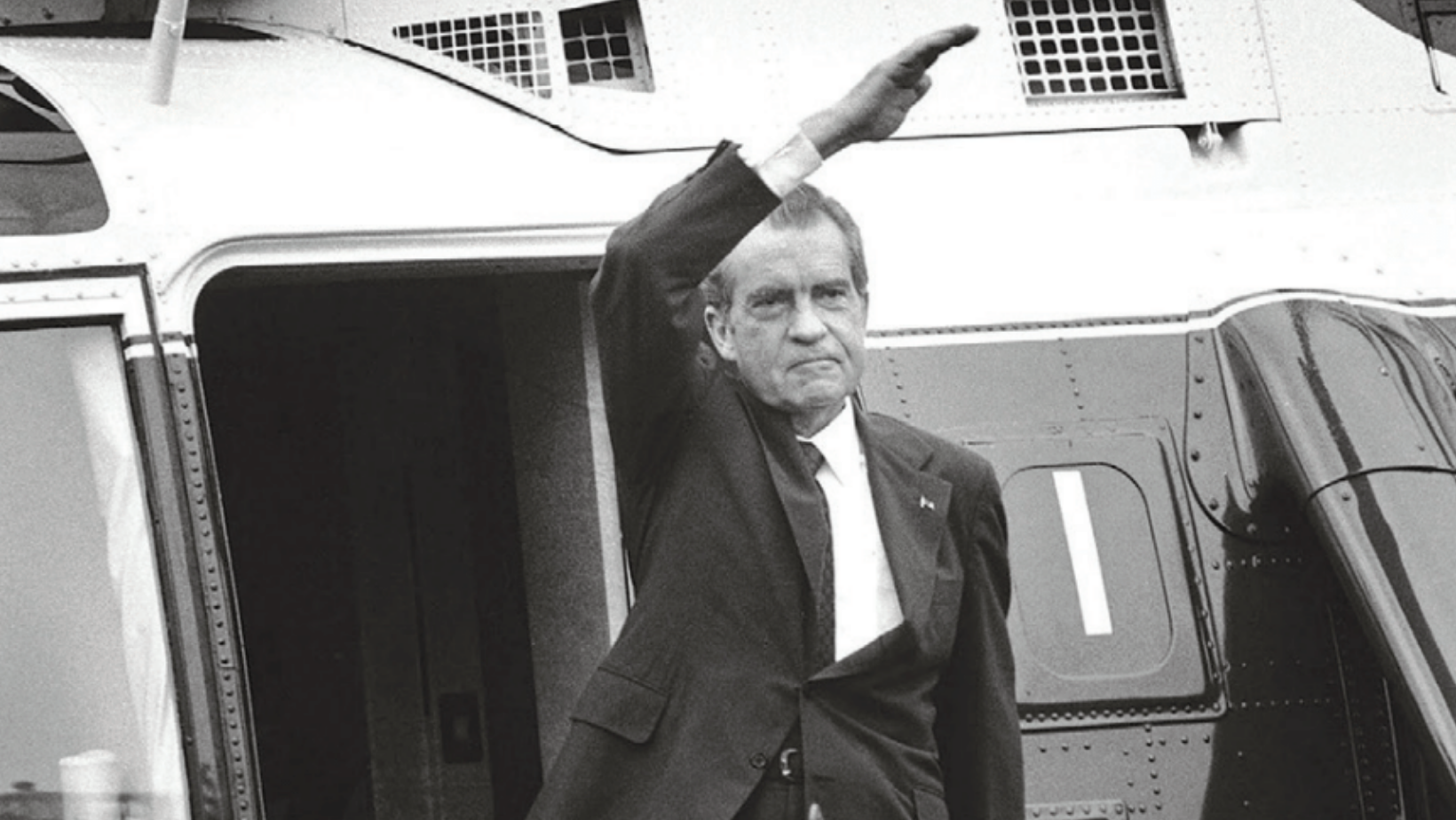 Fifty years ago, on June 17, a former CIA officer and four Cuban anti-communists carrying bugging devices found themselves handcuffed outside the Democratic National Committee headquarters in the Watergate complex in Washington, D.C. What started out as “a third-rate burglary” morphed into “a cancer on the Presidency” and then a “long national nightmare” before President Richard Nixon finally resigned in disgrace two years later. Even now, Watergate is the gold standard of scandals. Controversies don’t go prime time until someone sticks a “-gate” to the end of a word. Remember Bountygate? Deflategate? (There’s a word for it: gatesuffixing.) Today, no one remembers Nixon without thinking of Watergate. But the breakin opened the door to a second controversy that would have cemented Nixon’s legacy as “Tricky Dick” all by itself. It started when the DNC sued the Watergate burglars for civil damages – and a deposition from that case tipped off a reporter to shenanigans with (you guessed it) Nixon’s taxes:

• Politicians used to be able to claim charitable deductions for donating their official papers. But critics objected that the papers should be treated as public property. The Tax Reform Act of 1969 slashed the value of that deduction to the literal cost of the paper the documents
were printed on. But Nixon claimed a $576,000 deduction for 1,176 boxes of papers he claimed he gave to the National Archives while Congress was debating the new rule.

• Also, in 1969, Nixon sold his New York apartment for a $143,000 gain. He deferred tax by rolling the proceeds into a new $1.5 million “Western White House” in San Clemente, CA. However, that rule applied only when sellers rolled their gain into a new principal residence – and Nixon was clearly living in an eastern White House at 1600 Pennsylvania Avenue.

The whiff of scandal curdled into a stench when the Providence Journal-Bulletin revealed that for 71-1970, Nixon had paid just $1,670 in tax on $525,326 of income. Three weeks later, he released his returns and asked the Joint Committee on Internal Revenue Taxation to audit them. That November, the embattled President stood before cameras at a press conference (at Disney World, of all places) to utter the defining words of his career: “I’m not a crook.” He wasn’t talking about Watergate at all; he was defending his taxes. Five months later, the JCIRT heaved up a thousand-page report on the document donation, the apartment rollover, and San Clemente acreage. They recommended he cough up an extra $444,022 in tax, along with $32,409 in interest. Interestingly, there’s no record that he actually paid a dime of it. And Gerald Ford’s “full and unconditional pardon” for any crimes Nixon might have committed while President meant he was off the hook for the taxes, too. Three years after resigning, Nixon sat down with the British journalist David Frost to launder his reputation. During one interview, Nixon advised Frost to “make sure you pay your taxes. Otherwise, you can get in a lot of trouble.” While no one thinks of Nixon as a role model, sometimes he told the truth. The good news is, a sound tax plan makes for less to pay. So call us when you’re tanned, rested, and ready to run, and we’ll make sure you’re ready for the Washington Post to start digging!