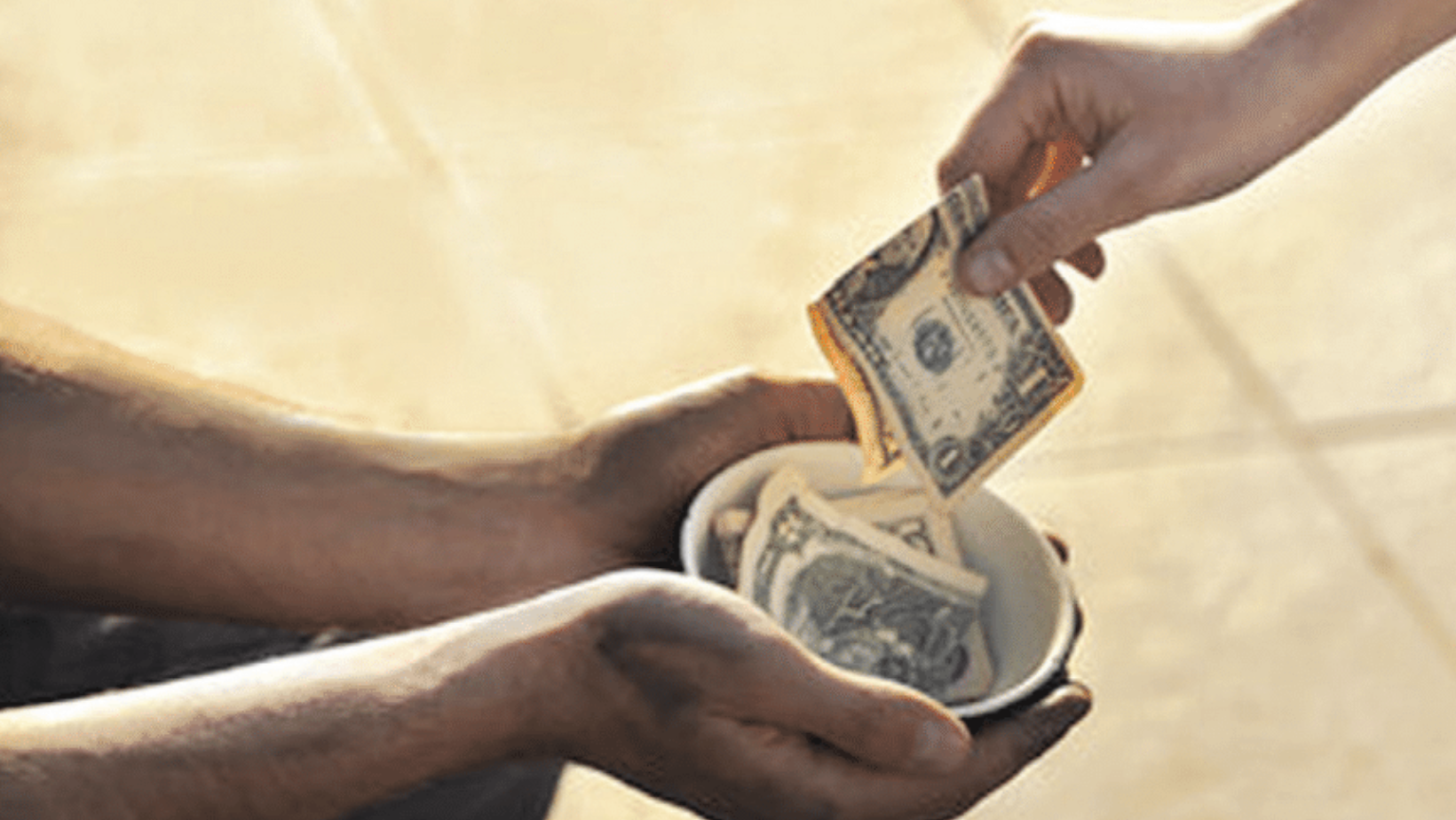 He wrapped himself and stood prayer: “Master of the Universe! It is revealed and known before You that I have not done this for my honor nor for the honor of my father’s house, but for Your honor have I done this, in order that water be available for those who were oleh regel.” Immediately, the sky became overcast with clouds and there was a downpour of rain until the 12 wells were filled with water to a level higher than they were the year before. As the lord came out of the baths, Nakdimon ben Gurion came out from the Beis HaMikdash. The two met, and Nakdimon said to the lord, “Give me the money for the additional water of mine that you have.” The latter replied, “I know that the Holy One, blessed be He, disturbed the world only for your sake, yet my claim against you for the money still holds, for the sun had already set – the rain that fell is mine [and your debt is still due].” Nakdimon then reentered the Beis HaMikdash, wrapped himself, and stood in prayer: “Master of the Universe! Make it known that You have beloved ones in Your world.” The clouds then immediately dispersed, and the sun broke through. (Ta’anis (19b–20a) The simple understanding of this Gemara is that the sun had not yet set. It was temporarily obscured by the clouds. This is indeed how the Ra’avad understood it. The Gevuras Ari, however, explains that the sun had, in fact, set, but Hashem performed a miracle and brought the sun back out. His explanation can aid in the understanding of a very cryptic Maharsha.

Once, Rabban Yochanan ben Zakkai was riding on a donkey, leaving the city of Jerusalem, and his students were walking behind him. (Kesubos 66b) He saw a young woman who was gathering barleycorns from the dung-droppings left by the animals of Arabs. When this impoverished young woman saw the great sage, she respectfully covered her face with her hair and approached him with a plea, “O Rabbi, please sustain me!” Rabban Yochanan asked her, “My daughter, who are you?” She replied, “I am the daughter of Nakdimon ben Gurion.” The rabbi continued to inquire, “My daughter, the wealth of your father – where has it gone?” She responded, “Rabbi, do they not say this proverb in Jerusalem: ‘The only way to salt [i.e., preserve] money is to give it away? The only way to guarantee that you will keep your money is by giving your money to charity!’” [But Nakdimon ben Gurion did not disburse charity properly and therefore he lost all of his money.] The Talmud concludes: How can anyone say that Nakdimon ben Gurion did not give charity? Have we not learned: “They would say about Nakdimon ben Gurion that when he walked from his residence to the house of study they would roll out an exquisite silk runner before him and he would allow the poor to walk behind and pick up the expensive material for themselves”? The Gemara offers two answers. One is that he gave tzedakah, but his primary motivation was for his own honor. The second answer is that although he gave an enormous amount of tzedakah, a man of his means was expected to give even more. The commentators question the first answer. Isn’t charity given for ulterior motives also a mitzvah?

The Gemara says in Rosh Hashana, “Whoever says ‘this coin should be for charity for the sake of my son’s cure’ is considered completely righteous.” From that Gemara it is evident that even charity given for ulterior motives is considered a compete mitzvah. The Maharsha answers that charity given for the sake of honor is considered a negative intention. This is similar to Tosfos in Pesachim who writes that even learning Torah for ulterior motives is praiseworthy. However, someone who only learns Torah to instigate fights or to feed his arrogance, upon him it is said, “It is better if he wasn’t create.” Ulterior motives for mitzvos are acceptable, unless the motives are themselves disgraceful. The Hafloah disagrees. Someone who gives charity for the sake of his son’s cure or for the sake of honor is completely righteous. Both intentions are the same. Yet charity given to further a personal agenda does not afford the protection of one’s wealth; only the merit of charity given for the proper reasons has the special fringe benefit of safeguarding one’s assets from loss. The fact that Nakdimon Ben Gurion gave charity for ulterior motives was not in and of itself a reason that he should lose his wealth. However, it didn’t safeguard it, either. People’s fortunes rise and fall all the time. Charity given for the right reasons can cause a person to merit to keep his fortune from falling. The Maharsha’s commentary on this episode is somewhat enigmatic. He writes, “From here we learn a lesson regarding those people who become wealthy with money that is not justly acquired. These people use their ill-gotten gains to pledge large sums of money during a ‘Mi SheBeirach’ for their honor and glory. They will not be saved from the punishment of thievery.” The Chasam Sofer wonders where the Maharsha sees this lesson in the aforementioned Gemara. True, the Gemara discusses the giving of charity for the purpose of receiving accolades, but nowhere does it discuss the means by which one attained his affluence. The Chasam Sofer suggests that perhaps the Maharsha’s source is the Gemara quoted earlier from Ta’anis.

When the sun miraculously reappeared, Nakdimon ben Gurion did not give the lord the 12 talents of silver. Perhaps he should have. True, Hashem miraculously brought the sun back out, but the day was already over, and the money was already past due. Perhaps, according to the strict letter of the law, Nakdimon was allowed to keep the money. (Maybe actual nightfall, not sunset, should be the determinant—Iyun Yaakov.) Someone of his stature, though, is expected to act according to highest levels of honesty and integrity. The Chasam Sofer explains that the value of the 12 talents of silver was presumably distributed to charity. (As a general rule, righteous people prefer not to have any benefit from miracles.) Since the charity was given for his honor, he was punished by the loss of his wealth. According to this explanation, the Maharsha holds it was the combination of both factors that brought about the demise of Nakdimon’s fortune: he should not have kept the 12 talents of silver, and he distributed these very same funds to tzedakah for his own honor. Someone who achieves success using less-than-honest methods may momentarily seem to benefit. However, the Maharsha provides a powerful lesson to us regarding what the end results might be. Hashem should inscribe us all for a year of an honest parnassah tovah.

Rabbi Avrohom Sebrow is a rebbe at Yeshiva Ateres Shimon in Far Rockaway. In addition, Rabbi Sebrow leads a daf yomi chaburah at Eitz Chayim of Dogwood Park in West Hempstead, NY. He can be contacted at ASebrow@gmail. com.