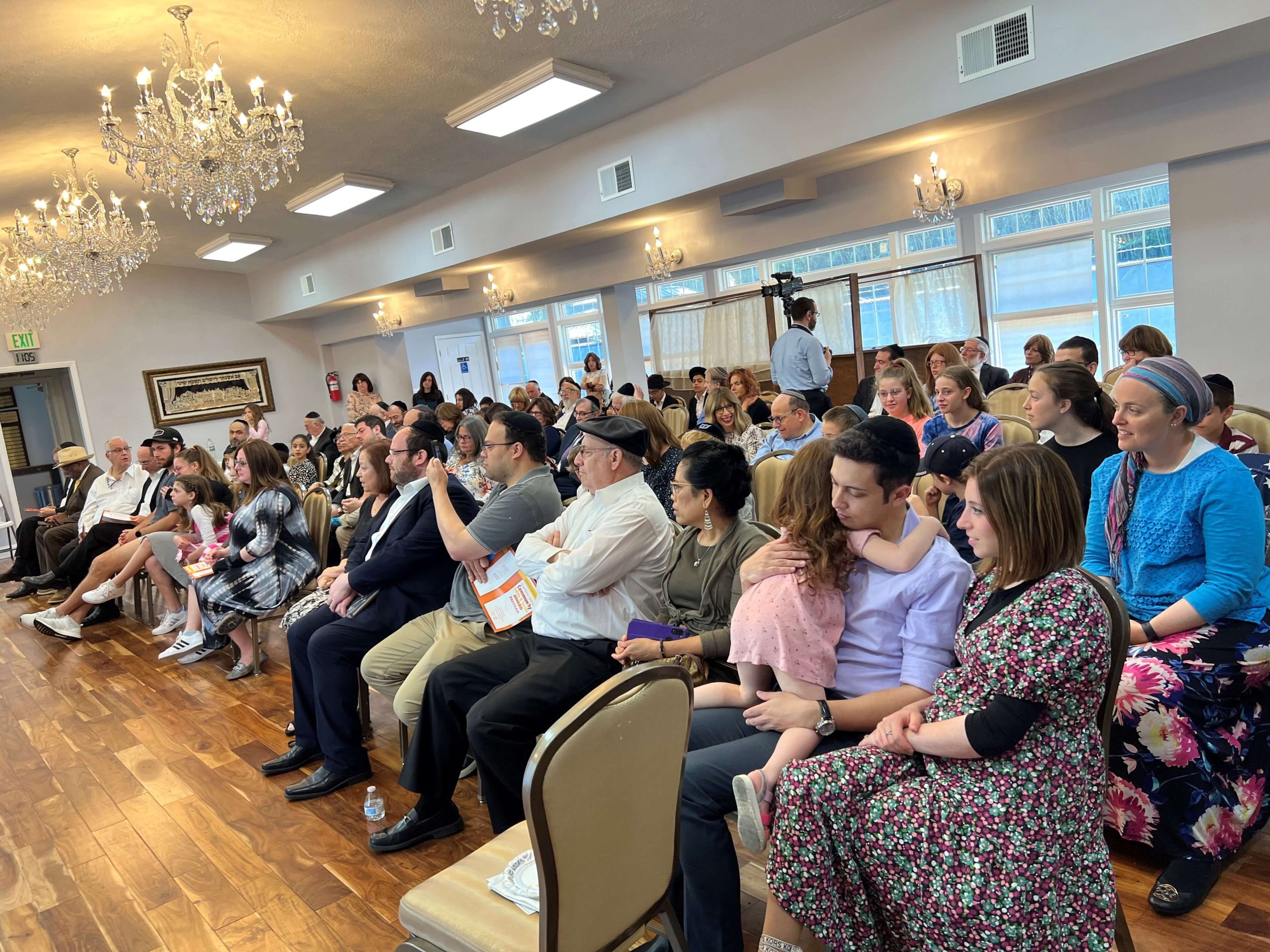 On Sunday, June 19th, The Chesed Fund & Project Ezra, recognized and awarded 20 outstanding individuals who have gone above and beyond in service and/or safety for our community. The sponsors of the ceremony, Bruce and Lois Kauffman noted that we have such a unique and special community. Bruce said, “Our community is filled with dedicated and selfless people who deserve the recognition not only for themselves but for their families who support them. Additionally, their children learn the important lesson of doing for others without the expectation of a reward.”

The Rabbinical Award, which is dedicated in memory of Rabbi Simcha Shafran, a”h, was awarded to Rabbi Shlomo Porter. He was recognized for his lifetime of tireless devotion and guidance to our community as well as his exceptional kiruv efforts. His son, Rabbi Yisroel Porter accepted it on his behalf.

The Good Neighbor Award, dedicated in memory of Paul Naden, a”h, was awarded to Pinny Hexter. His rapid response in contacting 911 when seeing a fire in a residential building in our neighborhood saved countless lives. Other well-deserved awards went to two Bais Yaakov seniors, Shayna Rothstein and Rachel Yasni who have shown exceptional leadership skills. They both were involved with the Bikur Cholim Vaccine Clinic since its inception and coordinated a Matnas Chaim Gift of Life Senior Swab at their school to help enlist classmates in a bone marrow donor registry.

Delegate Sandy Rosenberg came to honor his Constituent Director, Jackie Greenfield, who was being recognized for all her efforts on the community’s behalf. Delegate Rosenberg shared how he was happy to be there not only for Jackie but for everyone else who was being honored as well. He noted, “We all benefit when we all help each other and how essential helping others is to being a part of the community.”

Linda Burstyn was honored for her efforts at Weinberg Village where she has worked tirelessly for over 500 residents, especially during the pandemic when she arranged for approximately 1000 on-site vaccinations. Stacy Bendet and Ari Schwartz of Market Maven were recognized for their tremendous efforts in ensuring infants had a supply of baby formula during this unprecedented shortage crisis. Julia Bailey was recognized for being a devoted Chaverim dispatcher, providing free notary services, as well as for being a role model to children in Bancroft Village. Rabbi Dovid Davis was honored for his efforts in keeping our shuls secure. Whether he arranges for armed and trained guards for shuls or personally patrols shuls in our neighborhood, our community is lucky to have him.

Frank Storch, founder of the Chesed Fund and Project Ezra stated, “Usually, every year, there are a handful of people we award who don’t even allow us to mention their names so without naming them we want you to know you are appreciated too. It was another wonderful Community Safety and Service Award Ceremony, and we look forward to doing this again next year.